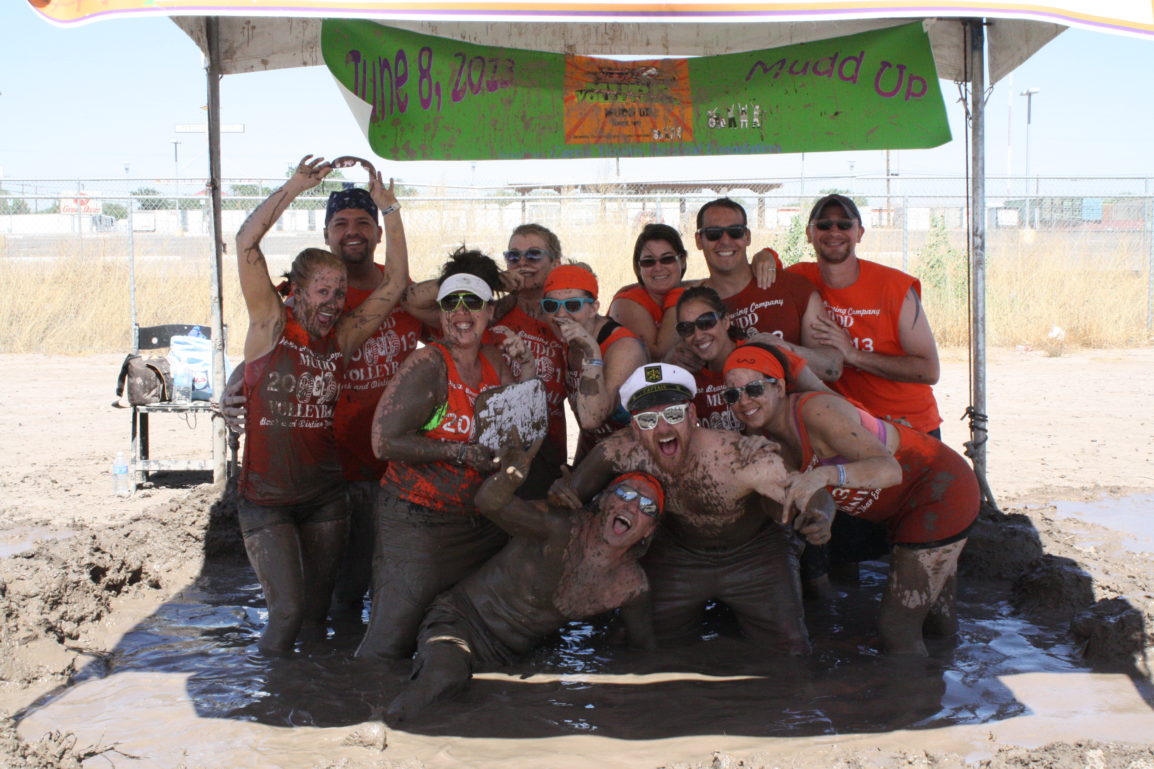 It started like any other Saturday, up early for breakfast burritos but Saturday, June 8th would take a turn for the dirtier! You guessed it time for The 19th Annual Mudd Volleyball Tournament.

The Tractor Brewing Mudd Volleyball Players were back to support the The Carrie Tingley Hospital Foundation and help raise money for New Mexico’s special needs children. A group of friends with seemingly no volleyball experience and stars in their eyes were again drawn together by a common goal. Bringing home the Mudd Volleyball trophy to display proudly at the Tractor Tap Room!

The complete rules of volleyball are extensive, but only one really matters… Score more points than the other team. Properly hydrated (hint hint) and decked out in our clean and neatly pressed Tractor Brewing Mudd Volleyball shirts we headed to the court for game one. When the opening horn sounded for the first game Team Tractor was a well oiled machine bringing together a collection of speed, power and grace all stirred together in an effort to achieve greatness in the mud. Team Tractor opened on a hot streak cruising to an early and decisive victory.

After a lengthy layoff, more hydrating, a few wardrobe malfunctions, and drawing in fake mustaches Team Tractor was set for the remaining games and poised for a title run. 2013 looked like the year the Tractor Team would be bringing home the gold! The next round of games proved to be more difficult than expected and the Tractor Team suffered our first loss, but that didn’t change the spirits of the team as we were more focused than ever!

We talked a little strategy, met new friends, and enjoyed the sites and sounds of Mudd Volleyball including teams dressed up like The Wizard of Oz, Gladiators, and assorted other clever costumes. Still determined and unfazed Team Tractor was ready for the next volley of games.

Team Tractor put everything on the line in the later rounds however after much sacrifice, bumps, scrapes, and bruises the day wasn’t Tractor Team’s day as the heat, layoff between games, sand storm at the end of the day, and the opponents proved to be too much for the Tractor Team. A day of volleyball in the sun, mud, and good company left Tractor Team feeling like winners and they are sure to be back in 2014!