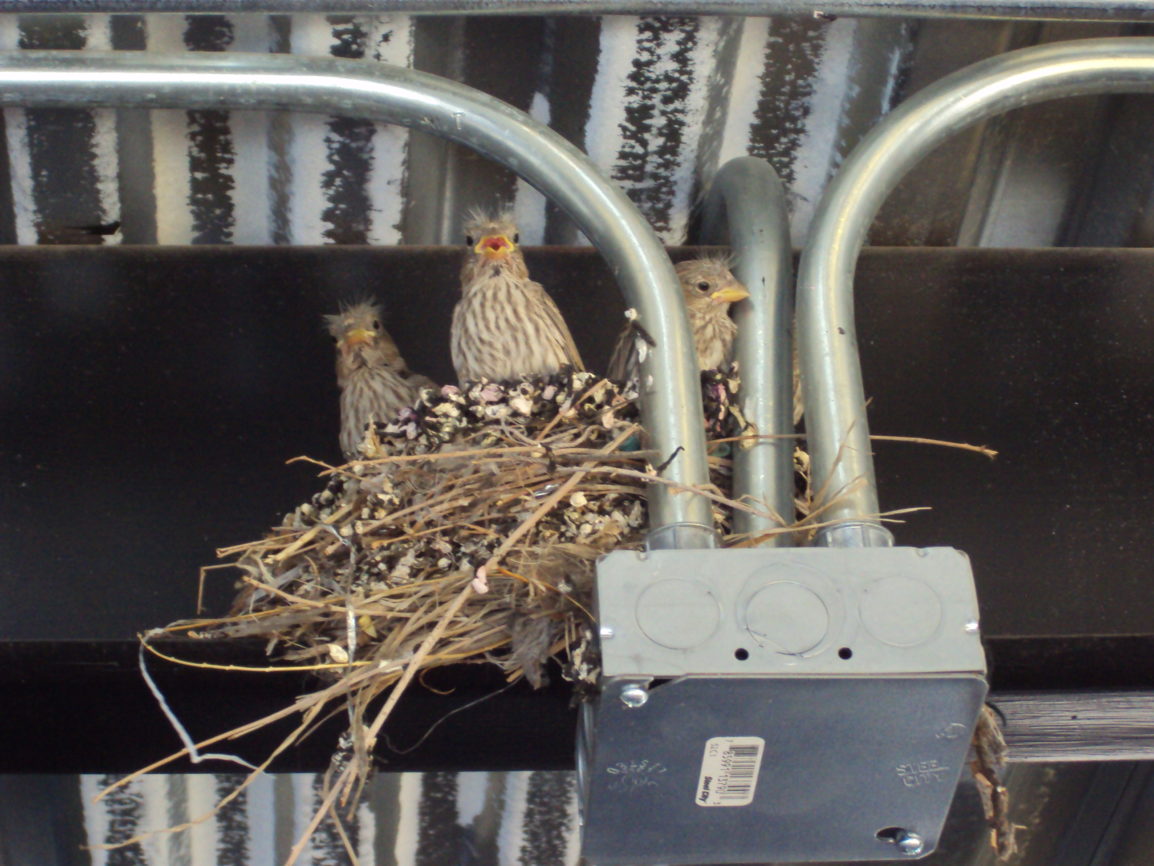 It has never bothered me to anthropomorphize.  So what I’m hearing from the House Finches that have returned to Tractor’s patio roof this season is that they are thrilled to be back in their home nestled on the beam next to one of the Steel City electrical boxes.  They send a shout-out to the Tractor owners, staff and patrons.  The Tractor finch family loves the security of its home location, but most of all appreciates the great vibe that is experienced every day on the patio.

How about a couple House Finch fun facts?  The Cornell Lab of Ornithology website tells us that “(t)he House Finch was originally a bird of the western United States and Mexico. In 1940 a small number of finches were turned loose on Long Island, New York, after failed attempts to sell them as cage birds (“Hollywood finches”). They quickly started breeding and spread across almost all of the eastern United States and southern Canada within the next 50 years.”   As it turns out, not all of us migrate from east to west, although the finch fact does beg the question “Does one need to be forcibly caged in order to migrate from the west to Long Island?”  House Finches “are familiar birds of human-created habitats including buildings, lawns, small conifers, and urban centers.”

My fascination with the Tractor birds stems from the fact that, as someone who literally moved out of the woods and into the city, I thought my nature-watching days were over, at least on a day-to-day basis.  How wrong I was!  The city is teeming with wildlife, from the ant colonies along the rec paths who give new meaning to the “Type A” label, to the local prairie dog colonies (did you hear the recent news that prairie dogs are talking about us behind our backs?).  The birds, however, are the creatures that have surprised me the most in terms of adapting to their surroundings.  They are naturals in a city environment.  Just this morning, I watched pigeons pecking away at the charred green chile peels that had fallen from a roaster.

If you visit the Tap Room see if you can spot the family nest and hear them chirp. Cheers