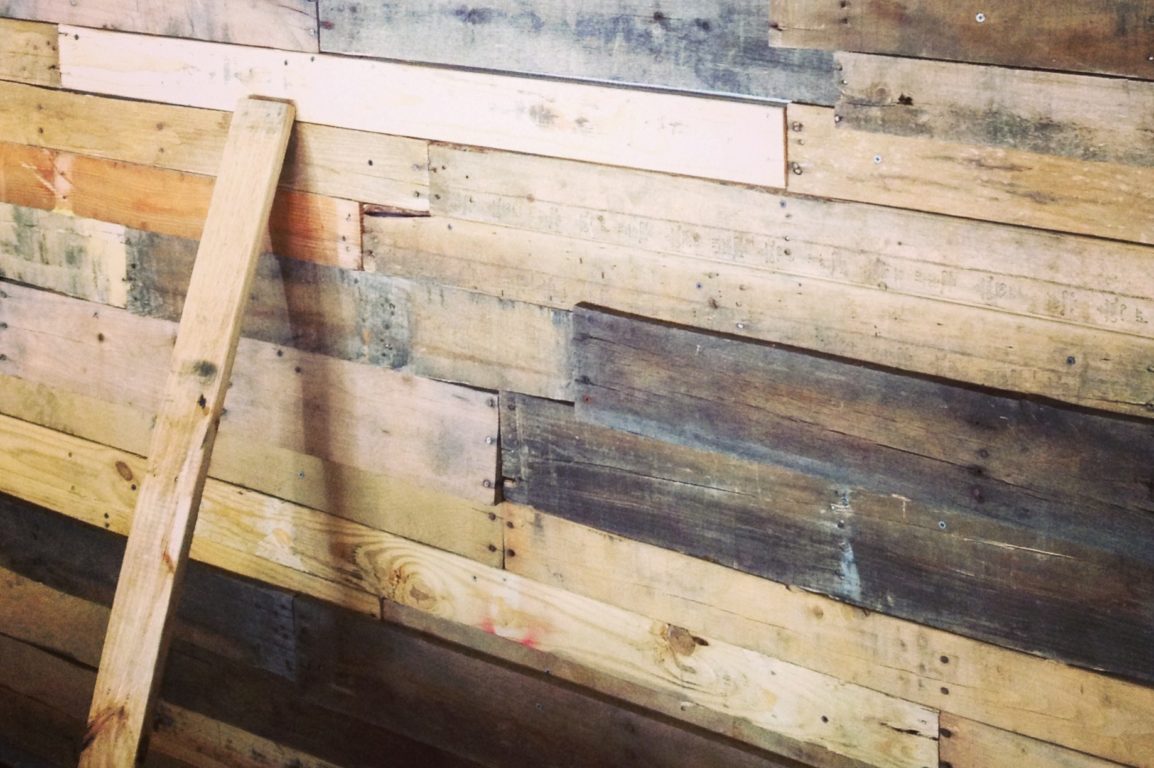 Why you should say “I Do”

In my twenty six years I have been deemed “king” of a few things. There were the late summer weekends in southern Colorado that I spent mushroom hunting. In good years, when monsoon rains did their part, chanterelles were abundant. My love of this activity and ability to spot their orange from far away earned me the title of “mushroom king”. Then there were the spring break trips to Lees Ferry on the Colorado River where I was deemed “trout king” after a solid day of fly fishing. My love of raising chickens and imitating their sounds and behaviors has earned me the title of “chicken king”. Most recently, I have been named the “pallet king” by my wife, rather sarcastically. She also named me the “king of bullshit”.

My reign on the pallet throne began several months ago. My parents hired their handyman, Henry to pave a portion of their backyard to be better suited to grilling and eating outside during the beautiful spring, summer and fall days that are so abundant in New Mexico. Pavers were ordered and delivered and they came on pallets. I had read articles about using pallets for garden beds and had even Googled “pallet art”, “pallet projects” and “pallet stuff”. Here was my chance to see what I could do with two of them. At this point I had experimented with taking pallets apart maybe once or twice with a combination of hand tools, a hammer, crowbar and wedge. This proved frustrating and almost entirely unsuccessful. The wood splintered and the intact pieces that I managed to remove were covered in nails.

Thankfully, Henry works at a liberal pace so I had time to think about my approach. I found myself at a gallery opening one Friday night while my wife was at work. I have some friends in Albuquerque who have established a coop warehouse space for woodworkers and artists called Dialogue, who had pieces in this show. One of these friends and I began talking about pallets and he informed me that a Sawzall was the best tool for the job of breaking down pallets. Within a couple of days I had borrowed a Sawzall and was ready to get to work. I was immediately impressed, it took me an average of five minutes to break down a pallet. That first day I broke down the two pallets I had gotten from Henry and another six I had found up for grabs at local businesses. In the month following, I found, loaded and broke down nearly a hundred pallets. I was able to do this alone by placing two cinder blocks on either side of a pallet to hold it while I used two hands on the Sawzall.

I began cutting down the first pallets with the intention of building a chicken coop. After I had gone through about fifteen pallets of various sizes, I had a nice selection of solid planks.  What I liked about pallets to begin with were the like size pieces of wood that were at my disposal if I could manage to get them free. I began to think of all the things I could make out of pallet wood. I began with the chicken coop, several raised beds and kitchen shelves. I’d mention ideas to my wife and while she was always supportive, I was starting to drive her crazy with all the talk of pallets. “Why don’t you just build us a fucking house out of pallets then?” she replied after one of my “I know, I’ll make it out of pallets” suggestions. Missing the sarcasm I replied with “that’s a great idea honey!”

The pallet honeymoon lasted a while, and I still say “look, pallets” out loud every time we pass a pile of them, then I think of the pile of wood I have out back. The harvest from a good twenty or thirty that I still have to find uses for. I still have plenty of ideas, coffee table, desk, bedside table, sculpture, but for now it’s still just a pile of wood. It’s a great feeling, recognizing a resource, knowing that there has to be a way to use it, discovering hundreds of possibilities and completing a few projects.  Alas, I’m not fit to be a pallet king, but I’m happy being a pallet peasant.