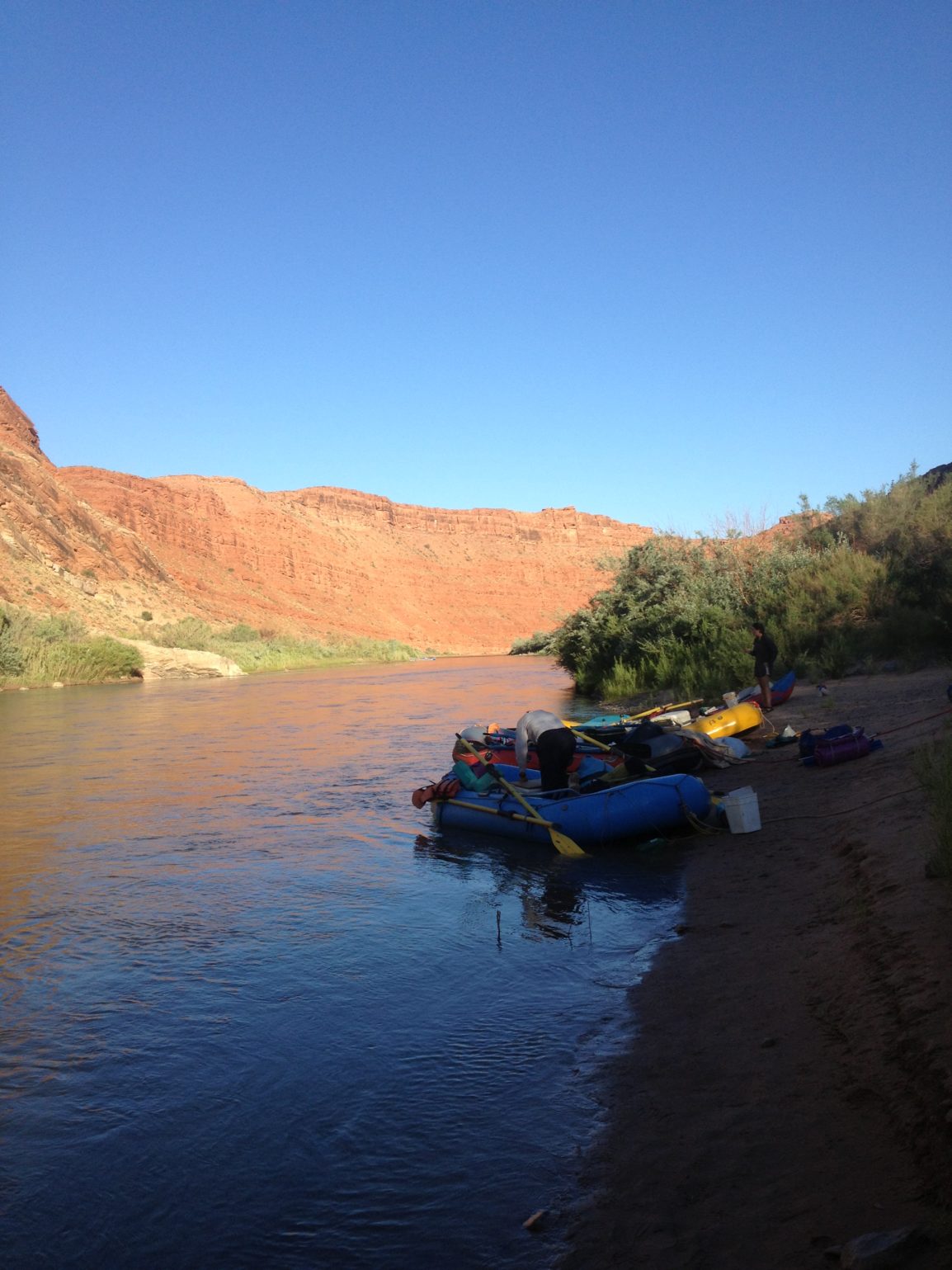 My wife and I returned from a seven day trip on the San Juan River in Southeastern Utah. The day after was consumed with unloading gear and cleaning two fourteen foot rafts for storage. River trips are a lot of work and a lot of fun. You reap every moment of relaxation and adventure you put into it. Especially when you are boating with my parents, 35 year veterans and experienced boaters who have run every  important river in the Southwest numerous times. My wife and I were brought up in this same culture in our respective families and were pleasantly surprised to find this in common early on in our relationship.

The San Juan River is managed by the Bureau of Land Management which issues the permits and oversees each river trip that launches. Our San Juan trips begin at Sand Island near Bluff, Utah and end at either Mexican Hat or Clay Hills. The distance of our trip and our trip altogether was dependent on the Southwest’s most important resource, water. A familiar feeling in New Mexico and throughout the Southwest is the yearning for water and the need for water to support life, recreation and economy. In a year where two of the most popular forest areas in the state of New Mexico have already burned, we wondered if there would be enough water to even run the San Juan. There was at average somewhere in the neighborhood of 500 CFS (cubic feet per second) and the decision was made to float from Sand Island to Mexican Hat over seven days. Plenty of time for hikes to Anasazi ruins, Petroglyphs and plenty of time to spend in the water and drink beer.

River trips are all about preparation; having the right gear, the right supplies to sustain our group of seven for a week on the river. The shopping lists of food for quality meals began to grow as did the calculations for how much potable water we would need for the duration of our float. Then came the question; how much beer do we need? There is nothing like having a beer, or several each day on the river. Each boat carries at least one essential drag bag that floats off the side and holds your precious cargo. There is plentiful lore regarding the loss of such drag bags by forgetting to pull them in before rapids or bag netting simply giving out. Abby and I discussed numerous times how much beer we would need, shooting numbers back and forth until we thought we would have an answer. Glass is not an option for beer or liquor on the river. You survive on cans alone and by decanting hard alcohol into Nalgene bottles, taking care to label the contents as to prevent an unwanted mix up. When we finally loaded our gear and headed out of town, we had three thirty packs of Tecate, one twelve pack and eighteen cans of Santa Fe Brewing Company’s Happy Camper IPA. We were set. On day six, we ran out of beer. Long layover days sitting on the beach and lazy floats down the river made a serious dent. On day seven, out of beer, a prize emerged. One last can. Lucky for me it was decided that the last precious can of brew would be given to the person on groover duty.

The term “groover” is river slang for the toilet. River toilets used for rafting have improved vastly over several decades. The original vessels were five gallon buckets and large ammo boxes outfitted with a seat. These have been replaced by collapsible seats and “Wag” bags that are filled, sealed and can be safely disposed of in a regular dumpster. Volunteering for groover duty is a good way to prove your worth on a river trip and ensure that you get invited on trips, year after year. Let me tell you that after seven days, I more than earned that last warm beer. Clearly there was a flaw in our planning, we had plenty of food but it sucks to run out of beer and it certainly wasn’t that we were drinking too much. Drinking beer is just a small part of a river trip. There is the scenery, the isolation, the sound of the water, the sight of a Blue Heron taking flight as you float by. There are stories, laughing, good meals, and usually good weather. The beer helps us enjoy it all, just a little bit more. That is why I can’t wait to have Tractor in a can and so should you.