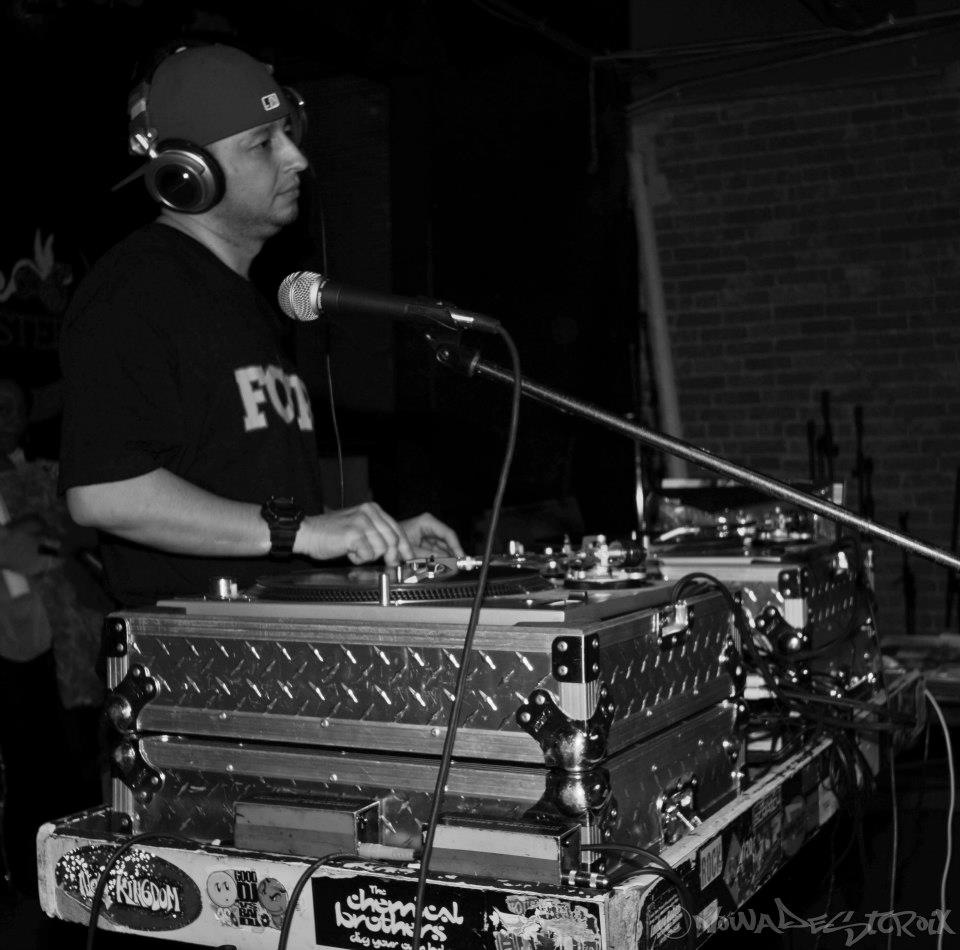 We all know them… the one everyone wanted to be, with the equipment everyone wanted to own, but had not the slightest idea how to use, if we were to actually own said equipment – the DJ! The party rocker when it just doesn’t stop, the coolest guy in the front of a room – the musician that many other musicians might not take the time to realize, is in fact a musician. Today, we take time to honor one of Burque’s best DJs: DJ Clout.

Clout came to the Beer Farm, at Tractor Brewing Well Park, as soon as the idea was born to host DJs on Saturdays. Albuquerque by design is a small city, with certain nights designated for dancing, and those days just happen to be, mostly Friday and Saturday nights. We here at Wells Park noticed this when we moved near the downtown neighborhood, and upon opening, and planning programming into our space, decided to make sure that we dedicated a weekend night, to the men and women dedicated to playing music right! DJs have been with us since the jump at our Wells Park location – on occassion, they make their way up to Nob Hill, for art openings or special events. There is something to be said for folks who have an ear for music like DJs do. We couldn’t be happier with our choice to involve them in our recurring event lineup. As we take time weekly to put them on our stage, we thought we would take some time, to honor one of Burque’s finest, as he walks into his 20th year behind the turntables, DJ Clout!

We sat down with Clout recently, and chopped it up, in regards to his time on the tables. We had questions about where he got his name from, how he found DJ’ing as an art form, and any words of advice or warning he might have for the next generation of “wax scratchers.”

Clout, whose legal name we won’t share, came to DJ by way of his best friend, DJ Shakedown. He mentioned remembering watching another friend of theirs, rock house parties, and the affinity for wax began. Clout said ” Dj Shakedown and I decided to start buying vinyl and get us some turntables and the rest is history..” in response and in regards to watching party DJs do their thing, and idolizing the situation. An idol of sorts, also lent to Clout picking his show rockin’ name – “Clout,” when asked about how he chose his pseudonym, simply said, “I kinda earned it after all these years, but I did pick it out after hearing Guru from Gang Starr always dropping it in his verses.” A legend dubbing an Albuquerque legend, does seem pretty fitting to us…

Now twenty years into this craft of scratching and cutting, blending and mixing, as an underground Hip-Hop DJ, who has featured and opened up shows for some of the biggest names in the game, passing through our little Southwest metropolis, Clout recounts one of his favorite shows to date, saying: ” My favorite show that I rocked was when I opened up and did his show set for Rakim, at Sister Bar.” Cool, right? We sure think so. That’s why you can catch Clout, nearly once a month, and sometimes more, mixing it up right here at “In The Mix,” at Tractor Brewing Wells Park. Clout is always one to be gracious for the gigs, and in true, peoples’ champ fashion, he was quick to offer up a joke and some encouragement, when it came to all those new to the game – the game having changed of course…

Clout says: “BUY SERATO SELL ME YOUR RECORDS…HAHAHA! To quote my Friend Dj Scientifik..Keep at it, give thanks/props/respect to the DJs that helped make the scene out here in the lovely Boogie Down Burque… one love, Dj Clout”

One love, Clout – most definitely – and cheers, to another 20 years, behind the tables! Good musicians are hard to find – yes, I just called the DJ a musician.