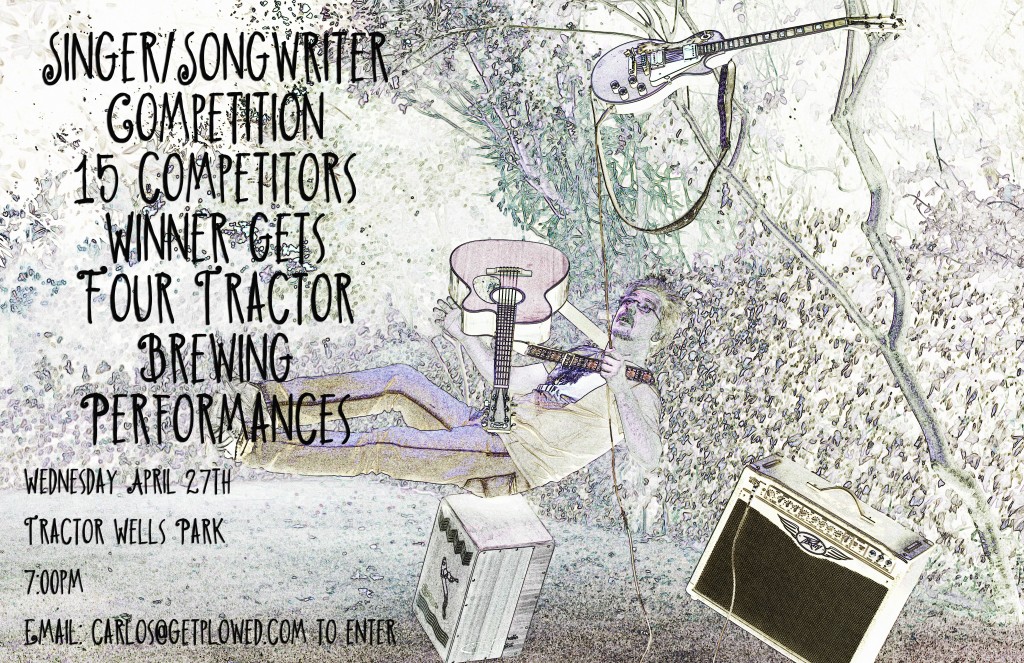 It all happened on a February night. We here on the Beer Farm were approached in late January, by the folks of Popejoy Hall, as they prepared for the staging of the amazing musical “Once.” They had a great idea; they wanted to tap into the local music scene, and promote an incredible show about a musician, all at once! Get it, all at once? Never mind, back to the story…

The story goes: before we knew it, we had folks we had never seen before, with guitar cases, and cables in hand, sitting down around our tap room, and ordering up a pint, to kill the pre-competition jitters. In the two short weeks leading up to the night at hand, we had emails flooding in from interested musicians. We capped our list of competitors at an excited and energetic twenty – and 15 of them showed up!

Jeremy Kinter manned the sound board, as I Carlos Contreras, organized the judges who the folks from Popejoy lined up – and Leah Leyva took the stage as our host for the evening. There were so many competitors that we asked each act to play, one song. They were able to plug in, give things a quick strum for sound check purposes, and then, they were off! They played their hearts out, each competitor did, and in the end, a face we had never seen before on the Beer Farm, and a voice that was destined to be a more regular sound around our locations, won the competition. We crowned Melissa Rios as the first ever Singer Song Writer Competition Winner! What did she win? Well, all we can say is, as we move into May and June, keep an ear out for Melissa – she will be visiting our locations as more than just a visitor, but instead, the name in lights! Well, the name on our chalk board, but you get the point!

Soon you will be tipping pints to the winner of our first ever Singer Song Writer Competition, and while that is awesome, it is not the reason for this blog! The reason for this blog is, that soon, you will hopefully join us in ordering up some flavorful liquid, as we pick the winner of Singer Song Writer Competition number TWO! We are doing it again – spread the word, and sign up ASAP – email carlos@getplowed.com to reserve your spot. Wednesday April 27th, we take the tap room, and tunes will be the topic – will you come sing with us? We sure hope so!