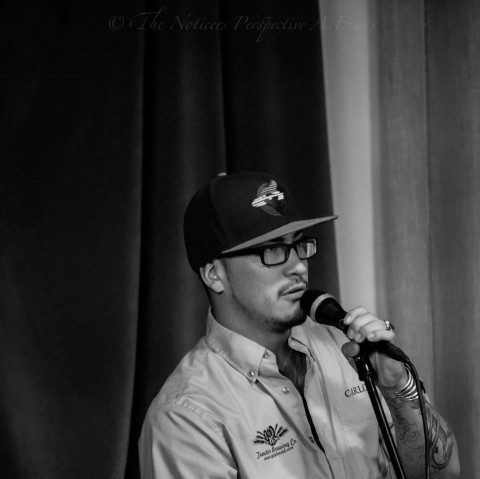 Hey There Beer Farmers,
We hope you are doing well out there in the world. Things are going well on the Beer Farms; both locations are ramping up for the Summer months, and with new distribution deals in Southern New Mexico, Tractor Brewing Company is set to attack the back half of 2016 with some gusto. Being a production brewery, often times there are daily adjustments made to the operation; when things need a tweak here or there, it is the big job of the folks in back to sort things out and move forward in a way that puts our best foot forward in regards to our draft and package that we are proud of as a brand – and proud we are! We are excited about new Seasonal options in the market, and the addition of Honeywheat to our draft locations as a staple, as well. With growth though, sometimes there comes change, and not all change is comfortable.

We are currently experiencing a change that we can say we are sad to see happen, but understand that too with growth change is necessary. Many of you know that Tractor Brewing Wells Park plays host to a bevy of events. In fact, 5-7 nights out of the week, you might walk into Wells Park to see: live artists, poets, comedians, musicians, or all of the above; often, those performers are paired with a non-profit, local group in need, or a cause that needs some help gaining awareness. Much like the production in back, this up front “production,” for the last two-plus years, has been largely headed up by our Good Times Liaison, Carlos Contreras.

Carlos came to us shortly after we opened the doors at Wells Park. The marriage of beer, and art was already a thing at Tractor, and Carlos was brought on board strategically to manage the growing interest in the business model that had weight and momentum to it. Mr. Contreras joined our team, and took the stage; for those of you who know him, you know the stage is where he feels most at home. Carlos has taken our stage and made it the city’s stage at a number of events, large and small. That job grew larger than capably possible for him to manage on his own, about six months ago.

At that point we added the talented and energetic Jeremy Kinter. Jeremy and Carlos have worked as a dynamic team to offer our patrons a diverse selection of city talent, via art and community engagement. We’ve been proud to foster such talent, and see the skill sets of two of our employees grow and positively affect our business. And it is with that, positivity, that we are also very sad to announce, that our Good Times Liaison Carlos Contreras, will be leaving Tractor Brewing Company, next month. Why positivity? Because he isn’t dying! All bad jokes aside, we believe that Carlos will go on to do incredible, and “different” things. We won’t say better, wink wink… I mean, really what could be better than selling beer and promoting art in this city of ours…? Not many things – but maybe our beer infused opinion is a bit biased ha ha ha.

In any event, we are excited for what Carlos might have in his future, and support his decision to move on and grow as a professional, new father, and an artist. We can say all these things, because in having our exit interview with him, Carlos wishes the very same for us. We shook hands over some beers, beers that we admit had some tears in them, and we hugged, like family does. Sometimes family moves away, but they stay close to “home,” when we think about the times we shared.

We wanted to let you know, our valued patrons, the back story, behind this decision and departure, because it was both important to Tractor, and Carlos, that folks understand it was a decision made for the best – on his part – and we support him. In fact, we hope to see him back at the bar, hell, maybe on stage. It’s what we are about, Beer Farmers, family.

Cheers to you – and let’s all lift a glass to the “good times,” as we thank our Good Times Liaison for his service, not only to Tractor Brewing, but to our great city. We hope to see you soon, and when you’re in, look for Jeremy, shake his hand, and join us, in the ushering in of a new era of the same old “good times!”
Cheers,
Tractor Brewing Company