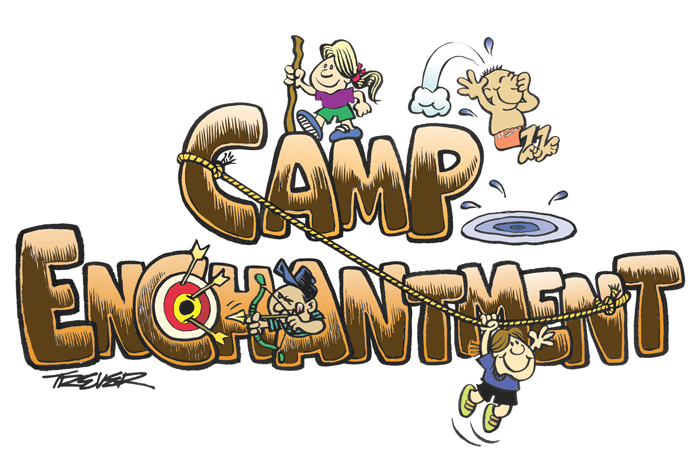 On April 29th I attended an event at Tractor Brewing – Wells Park called “Love Beer, Hate Cancer.” Despite its catchy name, I wanted to attend the event to help support a cause that is very dear to one of my closest friends, Kyle Stepp.

Camp Enchantment, an organization whose mission statement is to provide an “exciting opportunity for children with cancer to HAVE FUN and CELEBRATE LIFE through friendships and discoveries in a safe and respectful atmosphere.” Camp Enchantment New Mexico currently includes a seven-day, free of charge, residential camp for pediatric cancer patients and survivors ages 7 to 17, and a four-day Camp Super Stars (sibling retreat) for youth ages 9 to 17 who have a brother or sister diagnosed with cancer or who have lost a sibling to cancer. Camp Enchantment New Mexico is held at Manzano Mountain Retreat while Camp Super Stars is held at Fort Lone Tree in Capitan NM.

My aforementioned friend, Kyle, was diagnosed a rare bone cancer in 2009, and spent the next four years in a battle for his life – a battle that doctors gave him a 1 in 5 chance of winning. 98 rounds of chemotherapy and 11 surgeries later, Kyle emerged victorious, scarred but not broken. Today, Kyle is one of the most positive and compassionate people that I have ever met. He took cancer, something that would have broken many of us into a million pieces, and made it something that has positively impacted his life – it truly made him who he is today. He has held various leadership roles at UNM and in our fraternity, Alpha Tau Omega, during his undergraduate career – exceeding expectations by going above and beyond the call of duty.

Perhaps most importantly, however, he is also a camp counselor and ambassador for Camp Enchantment, where he uses his own struggle with cancer to give other kids like him hope.

According to Kyle, in 2014 the American Cancer Society unfortunately redirected their national resources and eliminated all pediatric oncology camp programs in the United States. This has put Camp Enchantment in a perilous position – without funding from the federal government, the camp has been forced to search for help in other areas including the UNM Foundation and the Rio Grande Community Development Corporation. Nonetheless, for the first time in its history, Camp Enchantment had to turn away children due to limited capacity and limited funding.

Camp Enchantment has turned to the community for help. They have co-hosted “Love Beer, Hate Cancer” in an effort to raise more money and more awareness for a cause that all people can get behind. As I was at this event, I was amazed at how quickly a community can get together to rally behind a cause – granted that cause also included some beer, but still…

According to Kyle, it costs about $2,000 to send one child to camp enchantment. The cost of a couple of beers at Tractor times a couple hundred people can send one kid to camp, and potentially change their lives. Imagine if everyone “Stepped” up to donate, imagine the lives that could be changed, maybe even saved?