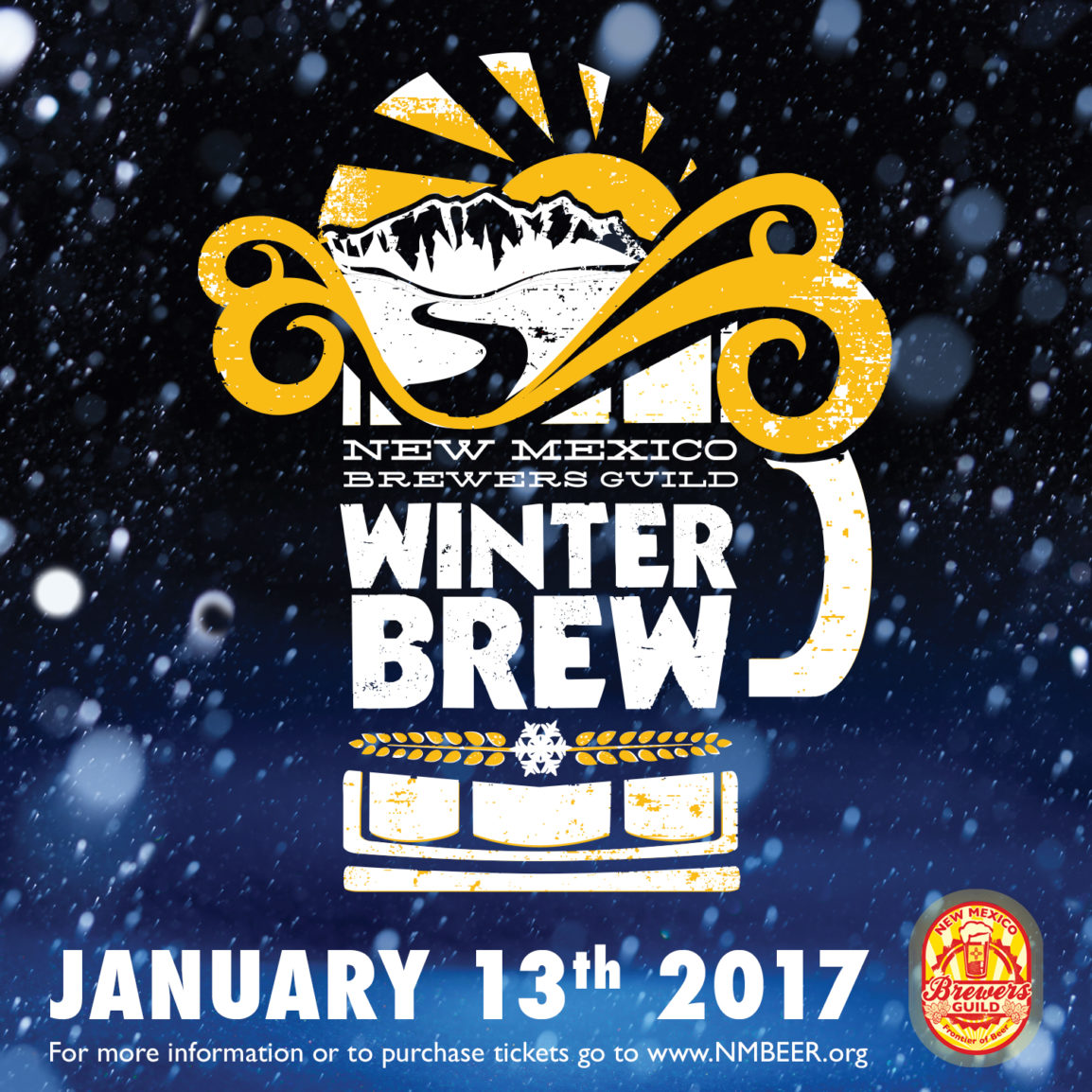 Put on by the New Mexico Brewer’s Guild the WinterBrew Fest has become one of my absolute favorites. I mean there are tons of Beer Fests in New Mexico, and it’s hard to say sometimes how they differ from one another, because frankly they quite often don’t. I mean it’s a pretty basic format. A bunch of breweries, you get a cup to fill with samples, you taste the beer, then repeat, a lot. I mean sometimes there are limits and sometimes you can buy pints and sometimes you do because you love a beer so much. A that’s what brew fests are about, discovery.

Well first off, Winter Brew is put on by the New Mexico Brewer’s Guild. This non profit organization is simply dedicated to the promotion and development of the craft beer scene so every New Mexican brewery gets a fair shake. It’s definitely one of the most diverse brew fests I’ve been to. This year there are eighteen breweries, from all over the state. Just to name a few: Rowley Farmhouse Ales, Chili Line Brewing Co., Second Street Brewery, Santa Fe Brewing Company, Duel Brewing, Blue Corn Brewery, Bathtub Row Brewing Co-op, and yours truly will be there. Last year one of my personal surprise favorites was Spotted Dog out of Las Cruces.

Secondly, the location rocks. I mean Santa Fe in general is pretty alright, but the Santa Fe Farmers Market Pavilion at the Rail Yards is a sweet spot. It’s spacious, industrial, well kept, and indoors. So you’re not freezing your ass off or just sweating out the beer. The place does get a little packed but there’s enough room for you to roam with your sample glass. It’s twenty five dollars, but that gets you a pint glass, unlimited samples, and a FREE PINT.   Definitely, buy your tickets in advance because they sold out last year. There are also some great local food vendors who just kill it. I mean it may be the beer talking but I had a fantastic burger there last year.

Lastly, I like the fact that it’s in the Winter. I feel like the summer is just over saturated with brew fests. Especially, in the Albuquerque area. It’s timing is perfect. Right in the middle of this winter brew fest drought.

We’ll be there with bells on. And you should definitely give this event a shot if you don’t have anything going on this Friday the 13th. You can buy your tickets at either of our locations or here.