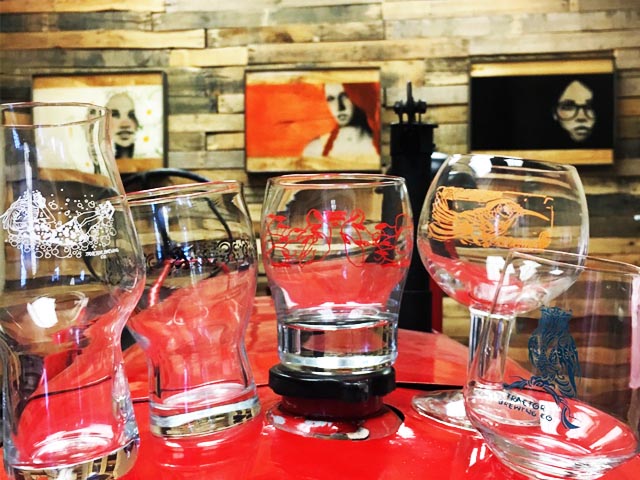 In November of 2016, we had an idea. To have our featured Wells Park exhibition artist design a specialty limited-run glass, and pair it with the release of a new Tractor Beer on tap. We wanted each beer release to be unique, and serve as a representation of who we are as a brewery. So why not incorporate the artists we love so much?

The process all begins with the beer. The alcohol content of the brew determines the size of the glass we put it in. For example, the first beer we released with an artist glass was the Turkey Drool, which is a delightful 8.2%, so we went with a 13.5 oz. “Renaissance Glass.” Naturally, to kick this thing off, we went to Reyes Padilla, who designed a beautiful platinum-colored wrap that went around the entire glass. The only stipulation we made was that the glass say “Tractor Brewing” on it. 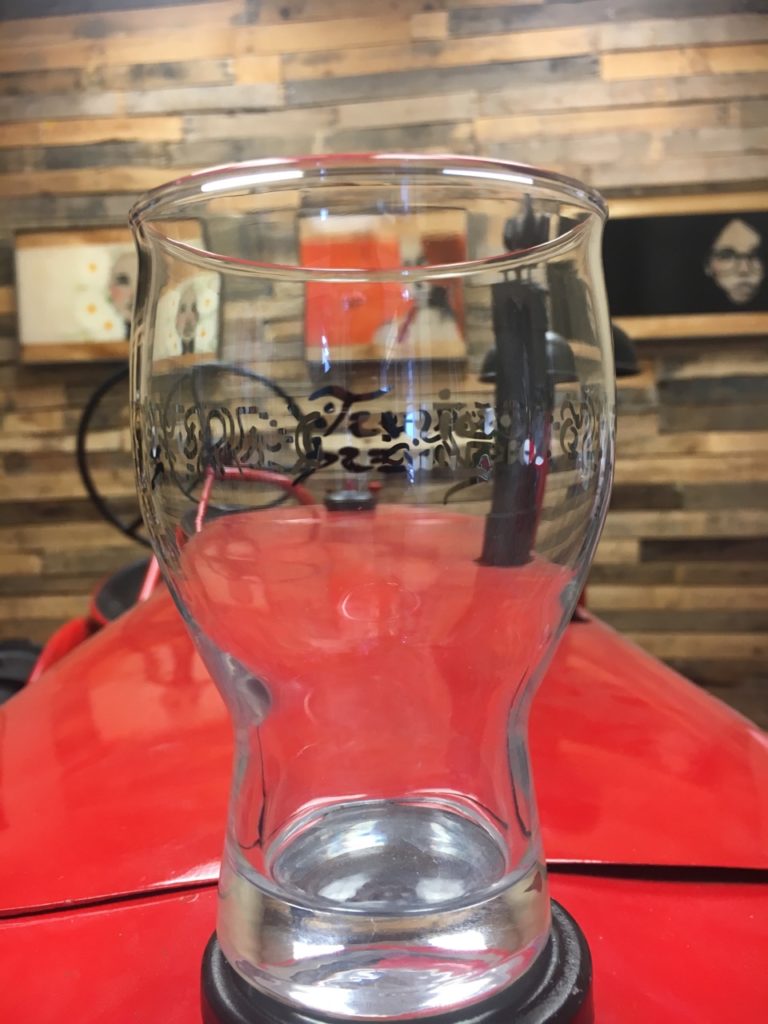 Once the glass is chosen, we think of which artist would be a good candidate for the beer itself; matching the crafter of the glass to the craft it will contain. A cool concept, right? Which begs the question, “If you were a beer, what beer would you be?”

The next beer we released was the Luna de Los Muertos Bourbon Barrel-Aged Russian Imperial Stout, a finely-aged sweet and smooth stout. If you haven’t tried it, you need to grab a bomber from Jubilation or Total Wine. But for this heavy-hitting beer, we had to go with Louis Wilcox. Louis is the artist responsible for the cardboard sculpted birds hanging from the ceiling at our Wells Park taproom. One of our absolute favorites here at the Beer Farm– we gave him a shot at designing a 12 oz. “Double Old Fashioned Glass,” a heavily-weighted glass, worthy of this fine stout. It was a great pairing, and having the artist’s work on exhibit in the taproom is a great addition to the whole concept. 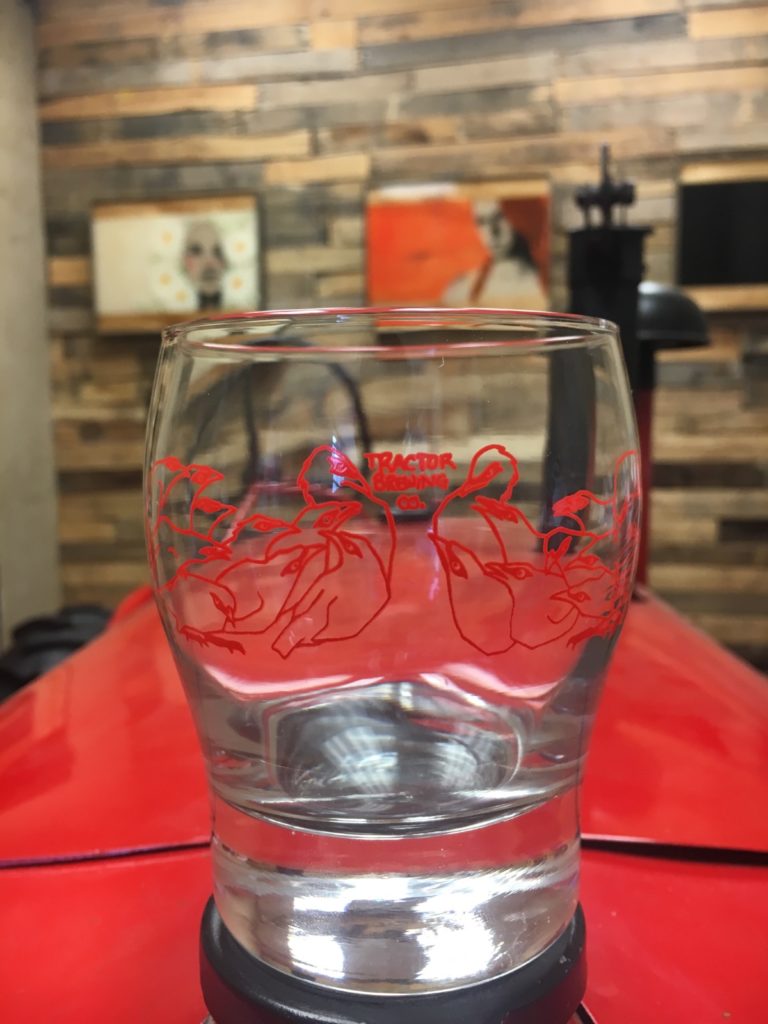 The following releases we matched the wood-burning artist Mikael Lamonde with our Cranberry Ginger Cider, and for February we had Kelly Williams design the Chocolate Milk Stout Glass. Our latest glass release was a 13.5 oz. goblet designed by the talented Travis Bruce Black for our Flanders Red Ale. The golden print looks fantastic against the red hue of this beer.

In the coming months we have Jessica Chao, Carlos Contreras, and Cloudface designing glasses and holding art openings here at Wells Park. So keep your ears to the ground for those dates, and be sure to come into our taprooms to purchase both Kelly Williams and Travis Bruce Black’s glasses, which are available for sale now!