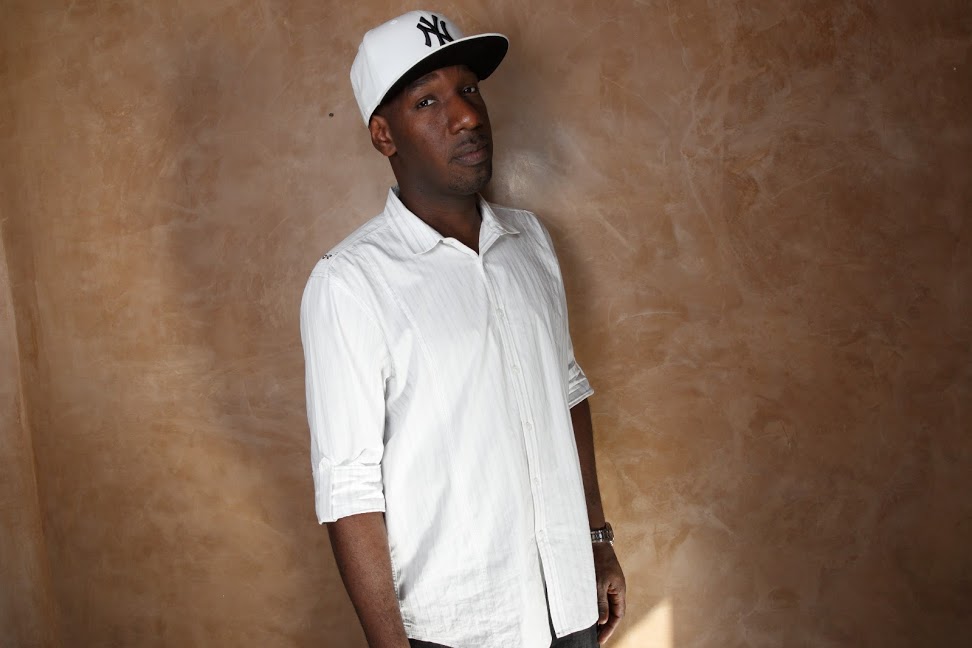 “So tonight gotta leave that nine to five upon the shelf / And just enjoy yourself / Groove, let the madness in / the music get to you / Life ain’t so bad at all / If you live it off the wall.”

Stop, soak that up, and take the advice of one of the baddest men in our midst – Mr. Roscoe Floyd, better known to Burqueños as “Flo Fader,” sat down with Immastar Productions recently to wax poetic on nearly everything but “wax.”

“The song that works every time for me is Off the Wall by Michael Jackson. It’s kind of like my theme song. If you listen to the words, it fits me perfectly,” said Flo, when we talked about his “go-to-tune.” We had to ask at least one music related question – context is important – so we figured we would ask someone with a wealth of music knowledge what his favorite song is/was – and then get onto more important things, like love, business, and surviving in this city of ours.

DJ Flo Fader, born in Savannah, Georgia and raised in New York/New Jersey, comes to the Land of Enchantment by way of love – not the love of music, but “actual love.”

“My Wife brought me out here to ABQ. There was no way I could miss out on the opportunity of being with her forever,” said Flo. He’d been touring the Southwest and passing through ABQ for years when he met his lovely bride, but two years spent long distance “relationshiping” lent to the reality and realization that if he wanted to pursue his boo – he needed to be in the same place/state – and hence, New Mexico inherited one of the best DJs on the planet.

Hailing from a much larger market, the move to New Mexico was one that Flo approached with a bit of apprehension. It was a move out of the ordinary for someone in his line of work. It was a choice he made knowing that the road ahead would be tough, Flo commented on the transition from East to Southwest saying, “Well for one, I would have never imagined that I was going to live in ABQ. I had been coming to ABQ as a tour DJ for years. I met my wife about 12 years ago at the Sunshine Theatre. We dated for 2 years long distance which was challenge because we lived so far apart. The hardest thing for me was gathering up the nerve to leave New York and start a career here. The most amazing thing was meeting people like Phillip Torres, Holman, Williams aka DJ 12 Tribe, and Carlos Contreras who were willing and wanting to help and work with me.”

And work, he does – Flo Fader is someone who goes above and beyond the calling of last call venues and little black dress dance affairs. What people might not know about Flo is that when he isn’t playing music for bars full of folks, makin em cut a rug, he goes where he is called to lend a hand to our city’s youth. I asked him to talk a bit about the programs he’s been involved with and what these experiences have been like for him.

“I’ve been teaching DJ classes for the last 3 years at the Warehouse 508 and it’s great. I’ve been really enjoying showing the youth the true perspective of what a DJ does, plays and presents to an audience. I look forward to seeing them as well as they look forward to seeing and learning from me. This is what inspires and motivates me to be as progressive and creative as possible,” said Flo.

Flo is a dedicated artist and musician who is using the skills he has honed and perfected, to have a lasting impression on generations of Albuquerque youth. Flo and others like him, are the reason and importance of  #CommunityDialogue. Immastar Productions feels it is extremely important to shed light on artists, entrepreneurs, and  people of influence in Albuquerque. We take pride in our efforts to highlight these folks, allowing them to talk about who they are, how they feel about this place that we’re all from, and  lastly, what they’d like us to know.

While he helps to serve our city in one capacity, I asked Flo to talk about needs he sees present in Albuquerque, that aren’t being adequately addressed right now. “One hole that needs to be filled is our crime and homelessness. I sometimes think if the homeless had more support there would be less crime…One thing I think would help is having stronger communities who watch and speak out when they hear or see something ill-advised” he said.

Take that as advice, Albuquerque. One of the cats who makes sure a number of us out in different Albuquerque communities, celebrate and enjoy ourselves, is asking us to look out for one another and communicate – to make this place safer, together, whatya’ say? The time has come to make this city of ours incredible. We have an amazing network of artists, businesses, and people worth believing in. It’s going to take some work, that’s all.

“So tonight gotta leave that nine to five upon the shelf / And just enjoy yourself / Groove, let the madness in / the music get to you / Life ain’t so bad at all / If you live it off the wall.”