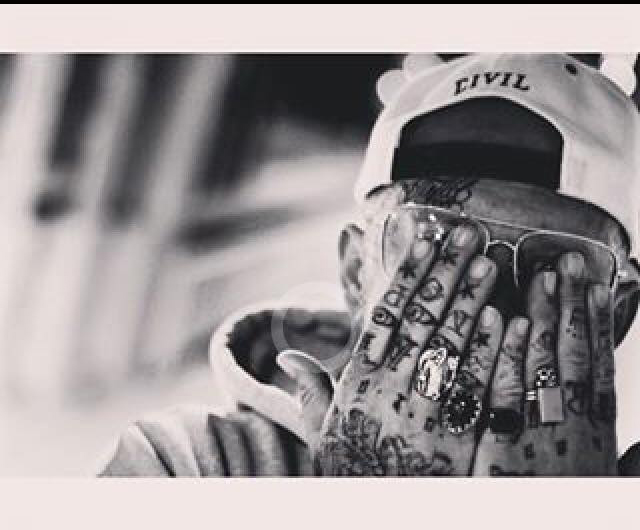 “Being a tattoo artist in Albuquerque is tough, there are a lot of talented artist and great shops. It has become my life’s work and I take it very seriously,” said Mateo Sigwerth. Sigwerth is the owner of a two tattoo shop outfit here in New Mexico, with one of his shops sitting in the recently A.R.T affected Nob Hill area, and the second in Carlsbad, New Mexico. Mateo routinely hits the road South to tattoo too.

Tattooing for Sigwerth is a labor of love – something he takes incredibly seriously. “There is so much to tattooing, it could go on all day. Let’s just say tattooers masters the art of perfection every day, and also change the course of the canvas of life,” he said. We hadn’t really thought of it like that – although it is permanent, having a practitioner speak the importance and permanence of the artform certainly hit us in some kind of way.

Speaking of permanent, being an artist has always been a thing for Sigwerth. His lineage left him inspired with little choice, not that he would’ve made another. The veins of his family certainly push paint and notes in creative directions. “ I have always been an artist. I come from a family of artists and musicians. So you can say are is in my blood,” he said, when we asked him about what he wanted to be when he grew up. Sigwerth hasn’t ever really grown up, in some senses, he is still a big kid – in others – he is the man. Mateo became a “man,” at an early age – his path toward business ownership and self-made sustainability has been a crash course in hard knocks.

“I was raised in a harsh environment and didn’t have the easiest life,” he said, about his upbringing. “I joined the crips at the age of 12. I think I was in the seventh grade.Shortly after joining a gang I started getting into a lot of trouble. After a few times in the boys school I started to want something different, I found graffiti it was such a rush. I finally found where I belonged,” Sigwerth said – reminiscing on finding a creative outlet that did something for him. Speaking of things that did something for him – family has altered and catalyzed the course of Sigwerth’s career. Tattooed from head to toe, an intimidating man in appearance and personality – Sigwerth is actually a gentle giant, and caregiver to a family full of mouths to feed.

“At the age of 20 I had my first boy Mateo Jr. It opened my eyes to life. In 2010, I opened my first tattoo shop shortly after, I had my second son Nikko. Which truly pushed me harder than ever to be successful. Eight years later I am a humble father and successful entrepreneur in the small business world,” said Sig. The business savvy ink slinger compared our city to another out West when we asked what direction he thought our little slice of land is heading in.”The city has become a mini San Francisco of some sort and I like the direction of the look of the city. It could use some cleaning up though,” said the Nob Hill business owner. Speaking of business. He isn’t activating space and generating revenue only within his EIGHT walls; Sigwerth recently signed on to hang some original art at Zullo’s Bistro Bar in Downtown ABQ for March’s #FirstFriday #ArtWalk.

We asked him to talk about how he felt and what folks could expect this coming Friday. “I’m stoked to be on this show,” he said. “I have made several handmade paintings and one of a kind watercolor paintings on wood,” said the master tattooist. When asking about where he pulled his inspiration from – the response was short and fitting. “I was inspired by the streets,” he added.

We asked this dad, business owner, Albuquerque resident, and artist to give us some tips about life – to tell us just how he manages to be so amazing. In closing, Mateo chipped us off some good ol’ fashioned hard worker’s wisdom.”Do your homework and follow your heart,” he said. Oh and have no fear! The rest will follow. “I really don’t fear anything, I just don’t want to disappoint anyone I love,” said Sig. We can certainly understand that.

We asked him what we should understand in regards to what drives the engine inside of him – what makes him uniquely himself, and he closed with five simple words, “I want to be the best,” he said. Well, sir, congratulations on an incredible start – we think you just might get there!

Visit Mateo at Wolf’s Head Tattoo on Central and Girard sometime – pop in, say hi – or stick around for a while and let him stick you with some beautifully permanent artwork.