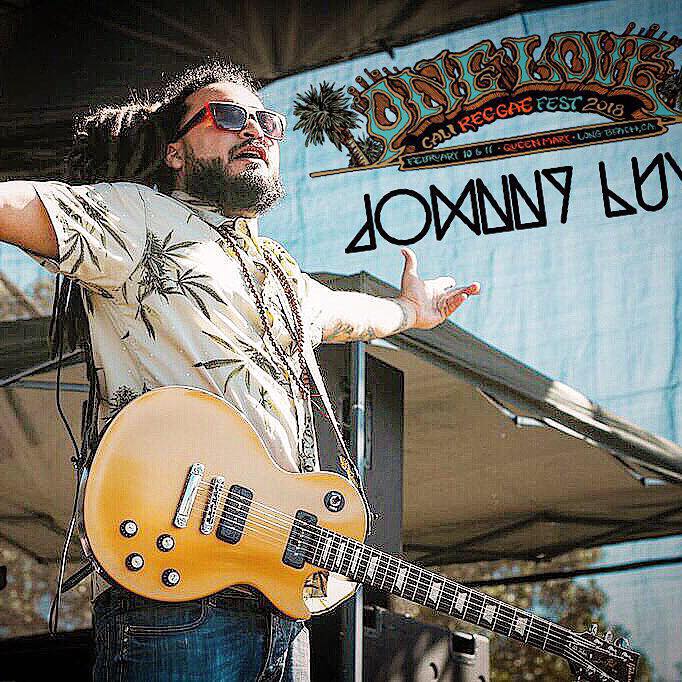 “My manager messaged me and was like YOOOO WE GOT ON REZARTX fest.. and I was like KILLER what’s that! Hahha,” said indigenous performer Johnny Luv.

Luv is based out of Orange County CA. He is  a roots musician who blends styles such as Latin ,roots reggae, cCumbia, rocksteady, dub all into and parade of fun. Live, energetic, and definitely passionate Johnny Luv brings a not so average Reggae show, but something to remember! His music is comprised of sounds coming straight from the barrio scene in Santa Ana CA. Johnny’s style is sure to please anyone, no matter who you are or where your from; he has a way to make everyone feel more than welcome .

Luv felt more than grateful when he looked up what #RezArtX was/is, while knowing he was going to be a part of year three. “When I found out I was like .. jaw drop .. then soooo excited to even look up the experience – just like I do everything else, [I] had to look it up. What a blessing to be considered for such a culture festival” he said.

Touring is something that Luv knows a lot about. We asked him about being an artist, what were the great and not so great things about a life lived on the road – to that, Luv answered via a humorous yet honest response. He said, “[The] greatest thing about being an artist is being broke and happy! Hahahaha – Or maybe it’s making money being on the road and depressed AF?! Hahahaha. seriously tho it’s gotta be the being your own boss.”

In being his own boss and deciding the messages he gets to deliver, Luv sees a lot of responsibility. That responsibility is compounded when you add in the weight of being an indigenous artistic performer. We asked about that weight and what Luv’s response to it is.

“It’s such a blessing, to share culture through music and touch/inspire people from all walks of live, to teach and contribute to today’s generation a true organic non corporate yet filled with substance [and a] vibe, you know , to see the reactions from the youth is the highest blessing.” He said.

Johnny has been working hard for means of getting those reactions, having just wrapped up a new single while recording for an upcoming EP “Ghetto Stories.” Luv is on tour as we speak – and ABQ just so happens to be part of the June jaunt.

Let’s welcome him with open arms when he gets here. Because he is going to give us everything he’s got in hopes that we take a lot away from his performance. “I hope people take the energy I give to them. No matter the genre of music you prefer, my goal is to charge them up,” said Luv. We like the sound of that.

Last but not least, we asked this seemingly selfless performer what he would tell others – those that are still getting their bearings on the bear that is life on the road as an artist. To that he offered up these words of advice – read closely.

“It’s all about the strategy and “branding” plus the hustle and the want to work. It’s not just about making it to get signed, but the want to put in the efforts, and the drive to work while everyone’s is asleep. Sacrificing going out to party and locking yourself In the studio, recording, creating, and a lot of that time by yourself with no pats on the back,” said Luv – that’s what it’s about. We would definitely agree. Want to hear, follow, see? Find love at all the links below – AND at the NHCC for the June 8th show! Don’t miss out. Get your tickets to #RezArtX NOW!