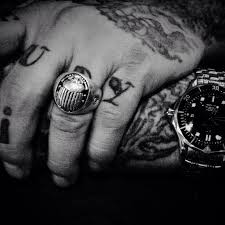 “As of April 2018, I have been tattooing 28 years, with 25 of those being an in-shop professional,” said Jespah Torres, when asked about his history and career as a tattoo artist and shop owner. Jespah is currently the owner and operating body of The Divine Eye, a tattoo shop located near Albuquerque’s Uptown area at Menaul and Louisiana.

Jespah’s current stomping grounds haven’t always been his home – in fact, his history in the Albuquerque scene is long and storied. He comes to us from “up North” – Las Vegas, to be exact – New Mexico, to be even more clear. How did you get here, we asked…

“At 15, I had already learned to tattoo on the streets, with no shortage of “bros” to practice on. After moving from Las Vegas, NM to the “big city” of Albuquerque, I decided early on that the world of commercial graphic art was not for me. The next logical step in my evolution at that point, was to get a job in a tattoo shop. I worked at a shop that has faded into history, Rune Stone Tattoo, where I served a makeshift apprenticeship by the seat of my pants. It’s there where I met Manny Vega, and in the fall of 1993, I helped him open Custom Tattoo Co., which is still around,” he said.

From Custom, Jespah moved on to Tinta Cantina from 2003-2010, and in 2010, he again moved into opening and co-owning Archetype Tattoo with Ben Shaw. “From 2010 to early 2017, I spent seven years of tumultuous growth at Archetype before the realization that if I was truly to be happy as a shop owner, I had to do it sole proprietor,” commented Torres. This realization brought on some eye opening realizations. “I sold my stakes in Archetype to Ben and moved to open The Divine Eye in the summer of 2017,” said Torres.

The newest chapter in this ink slinger’s book serves as perhaps an analogy for his life, to this point. Of the shop name, Torres said, “It defines my need to create. The quest to expand my vision past the boundaries of the obvious. To explore the relationship between the hand and the eye of the craftsman. In all of these things, a desire to share. To educate and be educated in fellowship. This last incarnation will be my legacy in NM, and will be the catalyst in all endeavors from here forward. It is where I will teach my eldest daughter to revere my craft, and to pass on her art with the same care,” he said. We can dig that – passing the torch – respecting tradition, paying it forward – those are all at the heart of this #CommunityDialogue project.

We asked Jespah what he loves most about tattooing; he strikes us as someone who gets up to do what he loves each day and so we asked about that love. “ [I love] the relationship forged over years of tattoo, rambling conversations about the vital, or the trivial. The wonder of creation, of watching your labor appear from nothing, onto a living, breathing canvas. The rigidity of this medium leads to a focus and catharsis of spirit in one whose mind is never static. It gives me time to slow my thoughts, and to concentrate on who, and what is right in front of me,” said the two-decade-plus professional.

Being that he has been doing this for a while, we figured there are things he just “won’t do.” We asked about that too… “Certainly. No hands, face or neck tattoos unless you’ve already passed the threshold of no return. (Full sleeves/back/torso/legs). Fuck off with that eyeball tattooing nonsense.Absolutely no racially motivated tattoos, of any type. No white/black power, no brown pride. Zip. Nope. Nada. Keep all that the hell away from me! Also, no male or female genitalia. Not unless it’s medically imperative. (Scar masking, Vitiligo/color matching, areola re-pigmentation/reconstruction). I’m not terribly fond of tattooing those who can’t or won’t hold an interest in good conversation. I’ve heard said around I won’t do small tattoos. That’s not true, I just don’t like to make folks wait on my schedule for simple pieces I can have my crew handle much more quickly,” he added. Again, seems fair – we can dig on all of that. There’s no place for hate in his permanent tattoo game and that we can respect. Speaking of respect, and respecting the craft. We asked Jespah what folks should know about tattoo when approaching the idea of getting one.

“It’s not only about choosing an artist based on their artistic ability, but also on their knowledge and adherence to public safety standards, as well as the customer care aspects of the field. Too many modern tattoo artists develop the attitude that the client, the consumer-owes them respect before it is earned or offered,” he stressed. That’s neat. Again, respect goes both ways, and there’s more to good body art, than just a “good artist” good advice.

We decided we’d dug enough at this pro and wanted to know what else makes Torres tick. As artists and professionals in our own right, many of us out there can identify with our mode of making money, defining us as human beings – we asked about all the “other things.” What he likes to do when he isn’t laying permanence to skin…

“Travel. With my family or solo, getting out into the world and out of my comfort zone. Listen to new music of all genres, every day. [I] Read as much as I can. [I] Eat good food. [I] Eat weird food [and] laugh. A lot.”

We know he likes and deserves his down time, but we also figured once you read this, you’ll want to know how you can book your next tattoo. So we asked Jespah where you might find him online. He said, “he internet makes all of this very easy. You can find my work on multiple platforms, my website, thedivineeyetattoo.com, Facebook and Instagram being the ones I update most regularly. Type in my name, boom! There it is. I doubt you’ll find two of me. I have heard for years that I am hard to book with, or I’m booked for ridiculous amounts of time. I am busy, so the average wait is about 2 months. It’s easy to book. You need to come in and have a consultation. Leave a deposit. Book your dates. Not hard.” Sound good? These do too, we asked Jespah for some last words…

This is what he had to say:

“Give your love to people who don’t seem to deserve it.

Look everyone in the eye, smile, ask how people are doing.

Engage, even if it makes you uncomfortable. Kiss your children all the time.

Be helpful.” Cheers! We agree – Thanks for being awesome, Jespah Torres. See you in a tattoo chair soon!