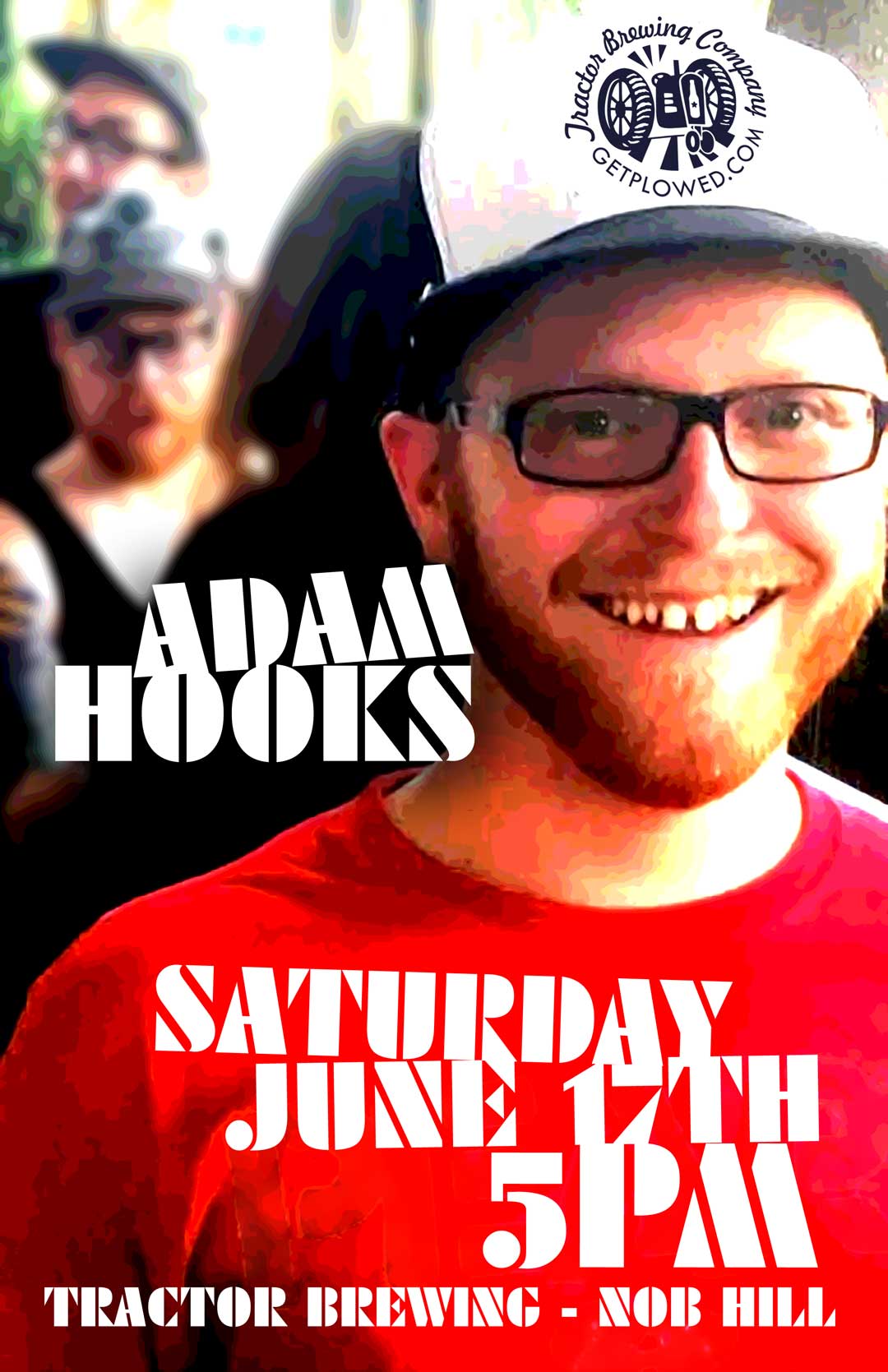 In 2008, when singer-songwriter Adam Hooks relocated to Albuquerque, NM from South Dakota, he had a question: What the hell happened to Rock & Roll? He was fed up with the shoe-gazing, self absorbed pablum that passed for modern indy rock and with the relentless dumbing down of the middle of the road “punk rock” being pawned off on yet another generation of kids at the mall. Where were the 21st century equivalents of The Kinks…The Replacements? In a time honored rock tradition, Hooks answered his own question by taking action and forming a band that rocks, sweats, plays hard, has fun and puts on a great show doing it.

Join us in Nob Hill for a special solo show from Adam!