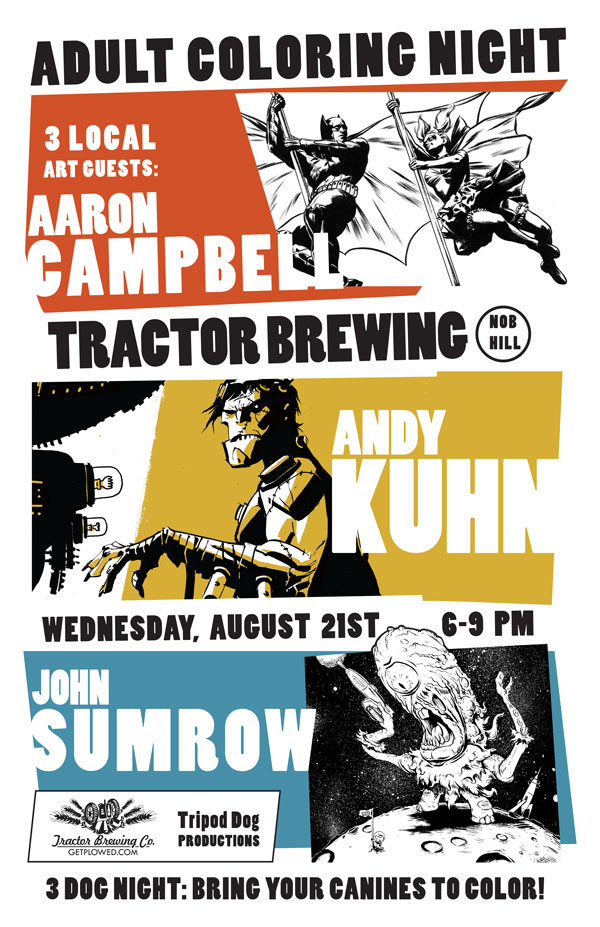 Never have we had a triple threat like this before for adult coloring night.

Aaron Campbell: has illustrated the adventures of some of the world’s most iconic characters, including The Shadow, Green Hornet, Sherlock Holmes, James Bond, Batman, and Harley Quin. Andy Kuhn: has worked for every major American publisher, and many of the minor ones too. His titles have included Marvel Adventures, Spider-Man Unlimited, and Marvel Team-Up, Blue Beetle, The Flash, Young Justice, and The Joker: Last Laugh. John Sumrow: is an Albuquerque based illustrator & Creator with a focus in fantasy and science fiction. He spent almost two decades as a Graphic Designer in the Higher Education industry and switched gears in 2009 to to focus more on painting and illustration.

Get free pages and pencils all day to color and the artists themselves will be on hand at 5pm to sell prints and talk art!