Battle of the Beer Geeks 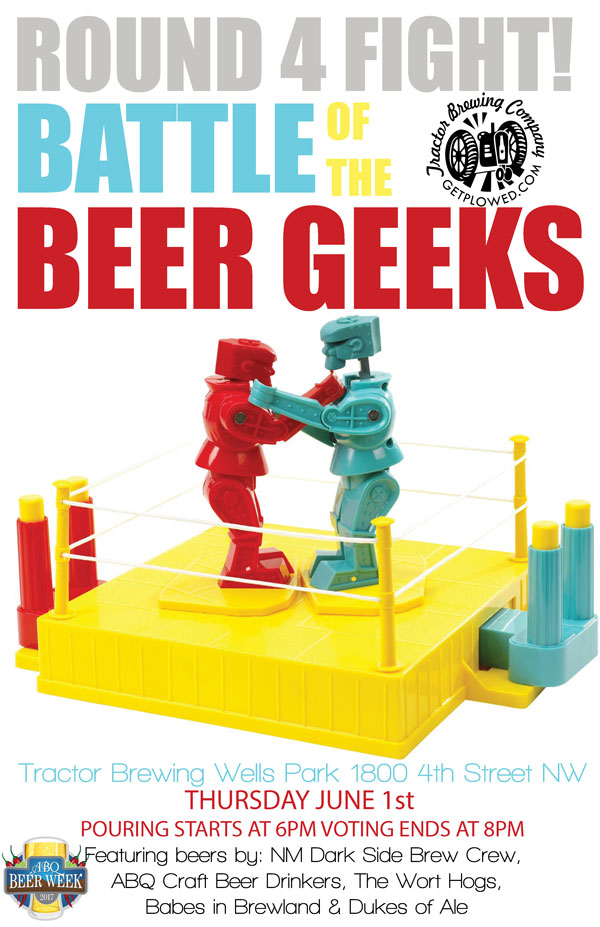 It’s going down again! Put your beers up because these beer geeks got some delicious brews to compete with. 5 teams, a flight of 5 beers that you vote on, and a pint of your favorite. All for only 10 dollars.
That’s right, you judge – come be the judge of suds, as we battle it out Burque beer scene style at this year’s Battle of the Beer Geeks!