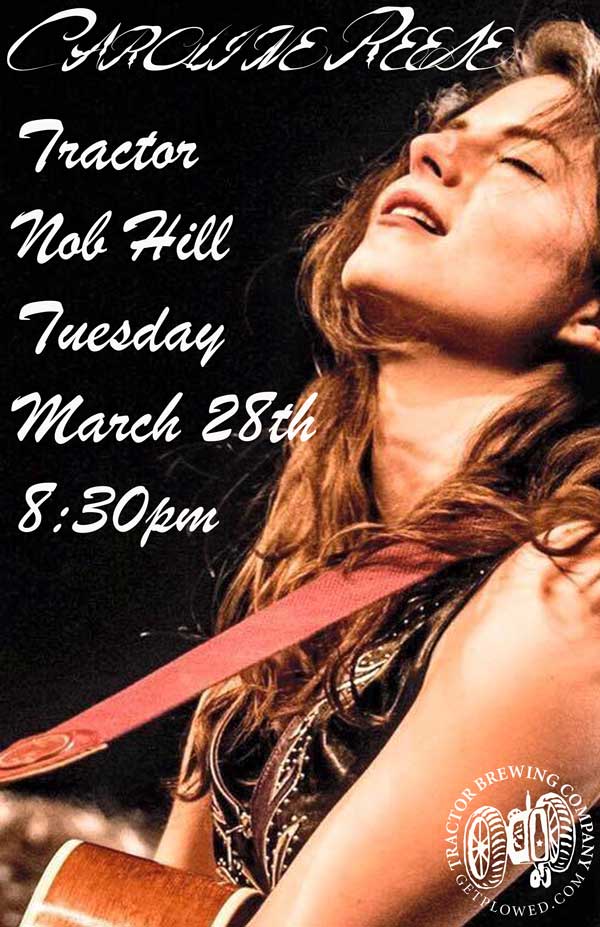 Caroline Reese grew up in Reading, Pennsylvania, where the rust belt meets Amish country. Her mom ran a horse farm and her dad sold antiques, two facts which inform the old-soul tendencies in her songs.
​
She and her band, the Drifting Fifth, combine elements of country, folk, and indie-rock with Reese’s lyrics that seem to reach far beyond her own life experiences. Their new album, Tenderfoot, released January 6, 2017, deals with vulnerability in life and love. Tenderfoot was recorded at the Headroom Philadelphia (Hopalong) and mixed at Miner Street Recordings (Kurt Vile, War on Drugs, Sharon Van Etten).

Reese wrote her first album, Indian River, in 2010 while she was living in Montana. After returning back to Pennsylvania, she met her electric guitarist and bandmate, Mark Watter, in a college songwriting class, and they collaborated during the recording of Reese’s 2013 album, Slow Code. They formed Caroline Reese & the Drifting Fifth shortly after.

Since then, she and the Drifting Fifth have toured nationally and opened for Grammy nominees and winners including Chris Stapleton and Brandi Carlile. Reese has also opened up for americana stalwarts John Hiatt, Ray Wylie Hubbard, Corb Lund, and the Secret Sisters. The group’s live EP The Electric Year was named Y102’s 2014 Album of the Year and the group was part of Taco Bell’s 2016 Feed the Beat roster.

Reese will tour in support of Tenderfoot in the spring.