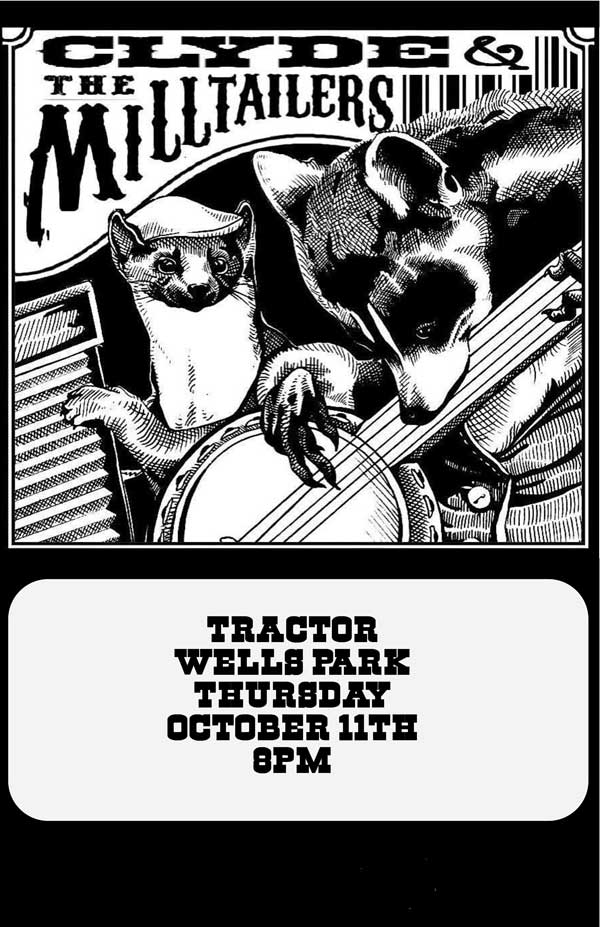 Clyde and the Milltailers is a Colorado based “Rag-Grass” band that features a changing list of musicians around Steve Kilcrease aka “Clyde” and David Rowley. The songwriting and style is heavily influenced by early American jazz, folk and appalachian old time. The band’s core songwriter “Clyde” who also performs solo under “Clyde of the Milltailers” started writing songs while traveling in his youth. Having gone to the same high school and hung around the same crowd after, Steve and Dave became friends though going to shows and being apart of the local DIY scene. The two both went on to play in local bands in the years to follow. The two formed what was originally a duo in 2015 and named the band after the radioactive, uranium mill tailings that were used for sidewalks and house foundations in their hometown of Grand Junction Colorado. They recorded their first full length album in 2016 and the 5 song EP “.root.” a year later.