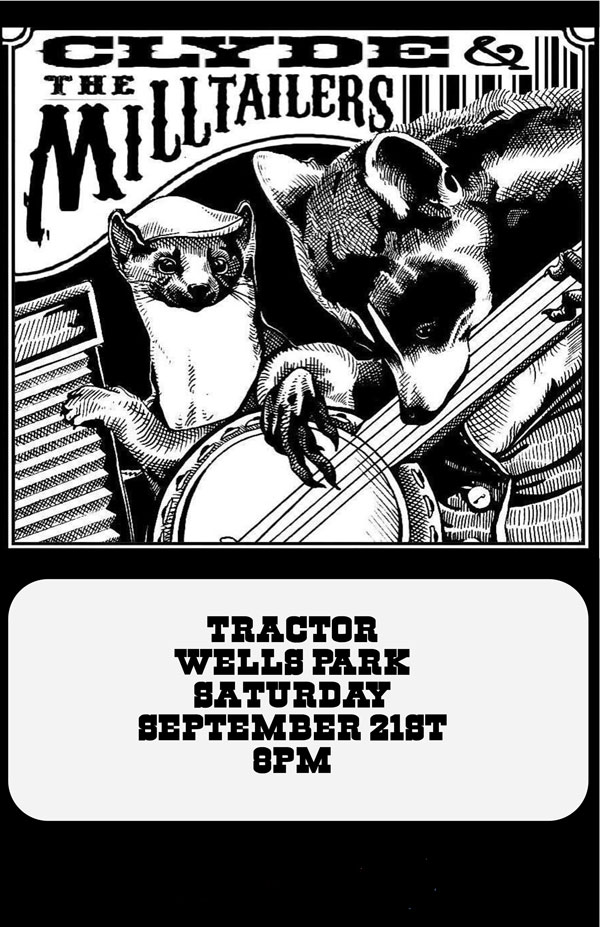 Clyde and the Milltailers is an Americana and folk adjacent trio that has featured a rotating line up of musicians since it’s formation in 2016. The songwriting and style is heavily influenced by early American swing, folk, and Appalachian old time music. The Project’s core songwriter Clyde started writing songs while traveling in his youth. The band name is a reference to the uranium mill tailings that were used for sidewalks and house foundations in his hometown of Grand Junction, Colorado. The first group recorded their first full length, self-titled album in 2016, and the five song EP “.root.” a year later with Taylor Riley of Fusion Audio Solutions. Both albums feature album art by Lindsay Falsone and are available though most streaming platforms. The most recent lineup is currently based out of Portland Oregon and features members Michael “King Strang” Flecha and Lightnin’ Luke of the Bridge City Sinners.