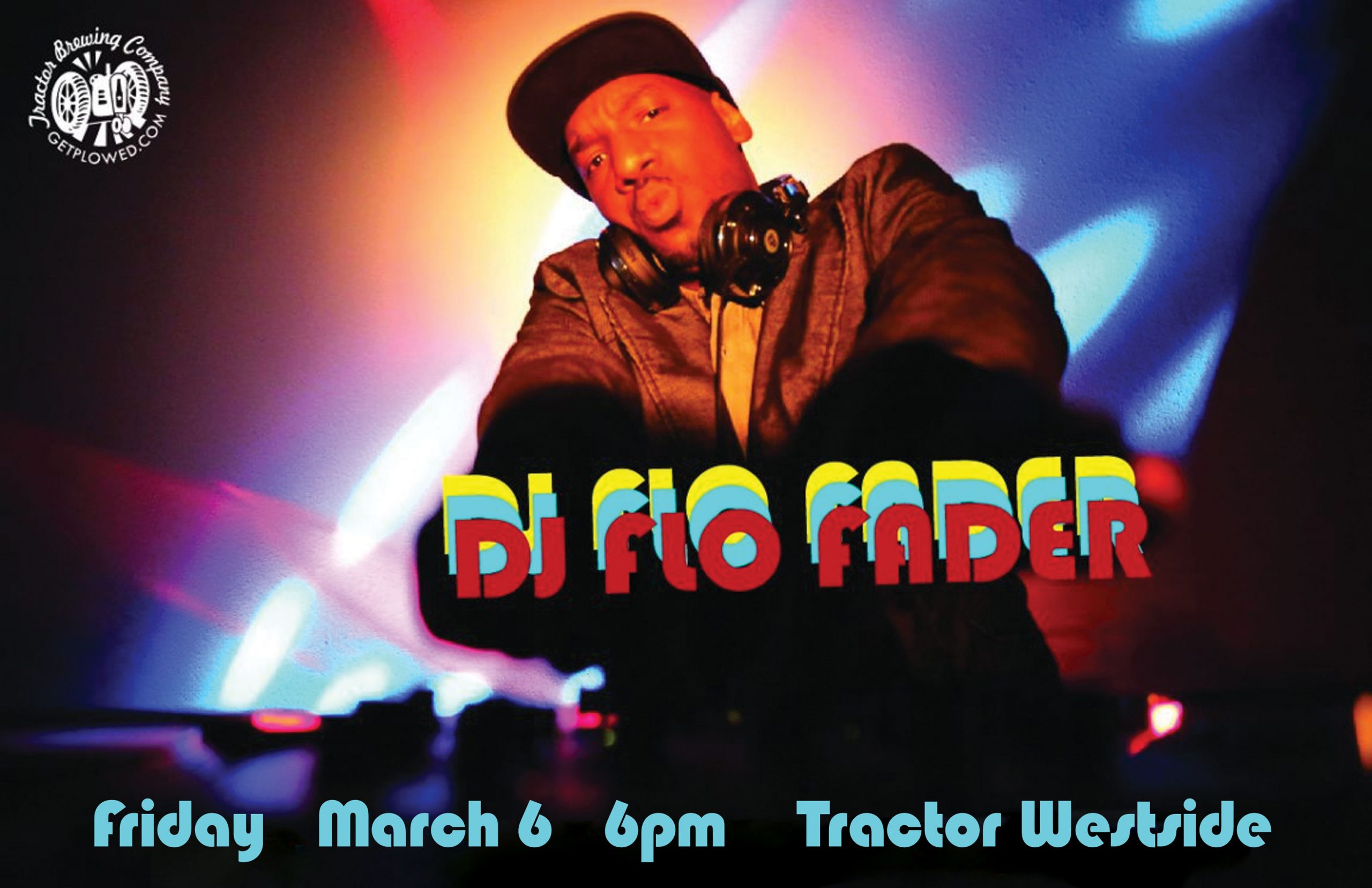 DJ FLO FADER, aka Roscoe Price Floyd, was born October 21, 1976, in Savannah, GA. He was raised in the northeast. Roscoe’s musical influence was mostly from his stepdad, Emanuel Louis Turner, who was the lead guitarist for a funk band called Electrified Funk.

At the age of fifteen in 1992, Flo Fader moved to Atlanta, GA and was introduced to turntablism by his friend Josh Winkler, aka DJ KLEVER. A year later, he returned to New Jersey. Roscoe had transformed himself into Flo Fader. Growing up with a Hip Hop background, the Northeast was the best place to absorb it all. Flo Fader analyzed DJs like Mr. Sinista, Roc Raida, Grandmaster Flash, Chuck Chillout, Marley Marl, and Q-Bert for their arrangements in scratching, mixing, music selection, and presentation.

In 1998 Flo Fader moved to the Bronx, NY to work for Seven Heads Ent. as Head of College Radio Promotion. While working at Seven Heads Ent. Flo Fader met J-live and his DJ at the time DP-one. During a session, DP-one asked Flo Fader if he’d like to take his place tour djing for J-live. Flo Fader agreed and became J-live’s tour DJ. Five years had past and Flo Fader went back to working the DJ circuit in Manhattan. He was then approached by Punchline of, Punch n Words, about tour DJing for EMC. By the next month, he was on tour with EMC. Masta Ace, a member of EMC then asked if he could work for him as his personal tour DJ Flo Fader excepted and toured with one of the most prolific Mc’s to touch the mic. While on tour with J-live, EMC, and Masta Ace, Flo Fader toured the world in places such as Croatia, Canada, Australia, Sweden, Denmark, Japan, Germany, Austria, Switzerland, Iceland, Portugal, France, Holland, UAE, and Africa.