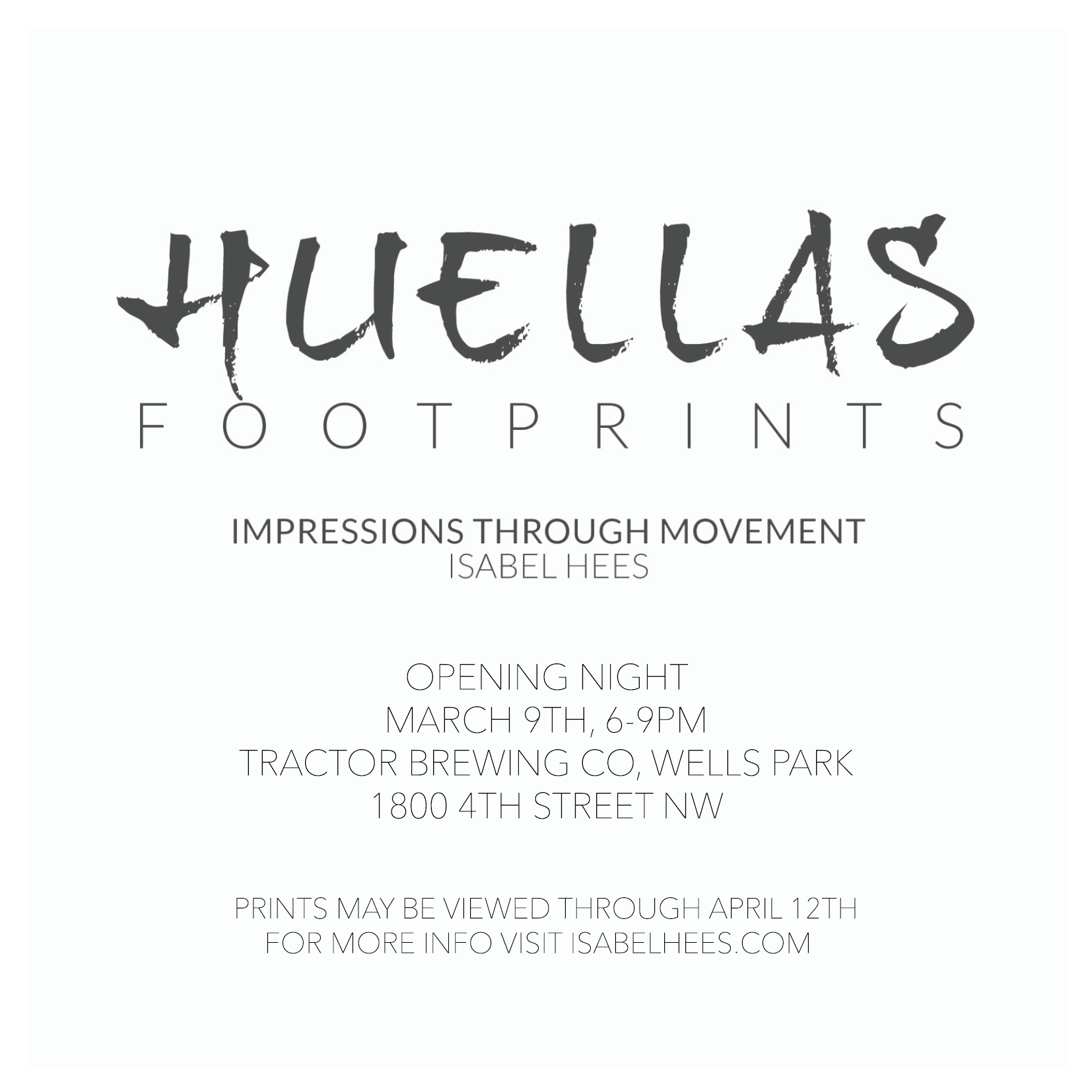 Artist Isabel Hees was born in Pasadena, California and raised in Santa Fe, New Mexico. As a student of the University of New Mexico, she studied both flamenco and printmaking. She danced with the National Institute of Flamenco from 2008 to 2017, culminating in an apprenticeship with Yjastros: The American Flamenco Repertory Company. Her recent project Huellas: Impressions Through Movement is an exploration of her two spheres of influence merging flamenco baile with fine art printmaking.

Huellas (footprints) was born in 2011 while Isabel spent the year in Sevilla studying two very distinct art forms: fine art printmaking and flamenco dance. Printmaking is the design and production of tangible, replicable two-dimensional images. Flamenco dance, or baile, is a culturally-specific expression of movement, music and rhythm that is stimulating yet fleeting. Despite their obvious differences both artistic mediums make an impression physically, visually and emotionally. Huellas seeks to explore both mediums of artistic expression by imprinting each baile graphically and metaphorically — translating a dancer’s raw, ephemeral movement into the abstracted shapes, textures, lines and patterns of print.
Join us at Tractor Brewing, Wells Park for the opening of Huellas on March 9th between 6-9pm to explore the work and meet the artist. Her work will be on display through April 12th.