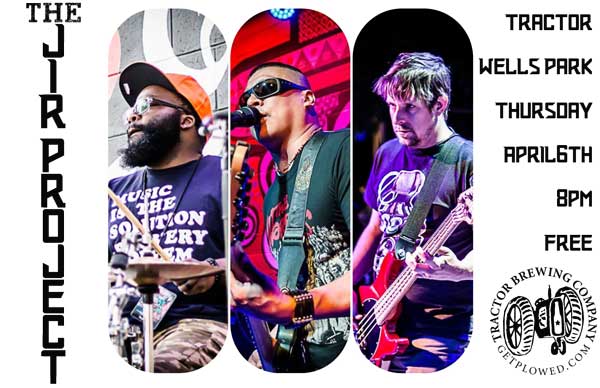 The Jir Project Band have won steadily escalating acclaim for their multi-dimensional Blues-Rock performances and have a steady fan base through the southwest region. Their sophomore release, “Sun Child” garnered a North American Indigenous Image Award for Outstanding Blues Album. They’ve earned ovations from music devotees along their tour through the southwest and are embarking on new frontiers with the 2016 release of “The Pueblo” album.

The Jir project approaches music with respect and humor. The trio uses positivity and some ninja skills to create the blues influenced music. “The music is all about the people… we create our set off the vibe the crowd is sharing with us”. We enjoy talking with our audience and putting that back into the performance. “the universe wants us be happy… it really does!”