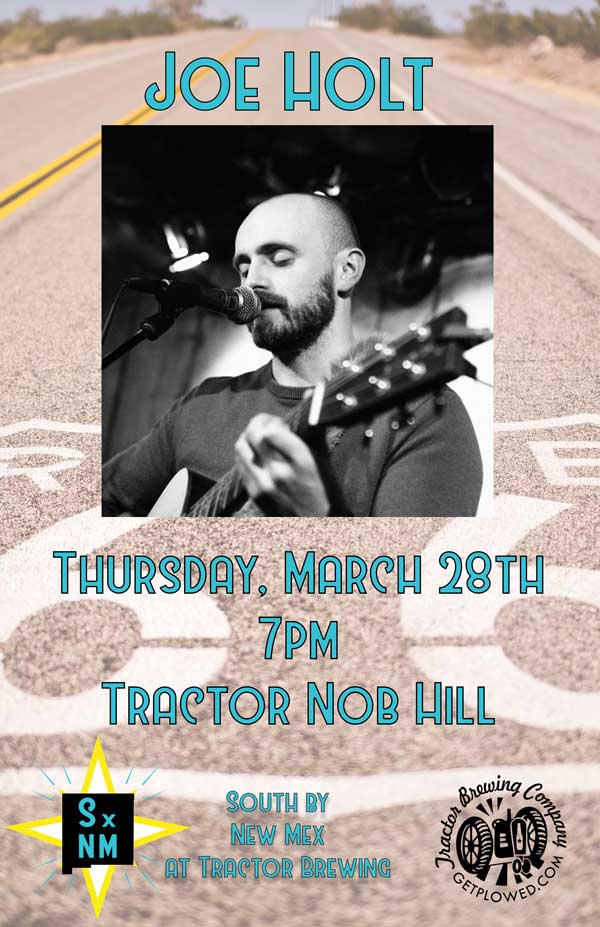 Joe Holt is a folk singer/songwriter who graduated from Berklee College of Music in 2015.

Joe has released three EPs and two full length albums. He has toured around America four times, playing venues like Club Passim (Boston), the Hard Rock Cafe (Boston), Rockwood Music Hall (NYC), The Bitter End (NYC), the Bluebird Cafe (Nashville), the Whisky A Go Go (Los Angeles), and has received airplay on over 60 radio stations internationally. Joe’s second full length album “The Person I Admire” charted on three radio stations, notably #3 in Redway, CA. He has been named Artist of the Week at WERU (Bangor, ME) three times. The song “As Bad As It Seems,” from Joe’s EP “Something Louder,” was featured on NPR’s All Songs Considered blog in March 2018.

Indie Minded praised Joe as “a gifted young talent who is sure to leave his mark on the folk music scene.” Other credits include opening for nationally touring acts including Parker Millsap, Davina and the Vagabonds, and Ian Fitzgerald, scoring the short film The Race, and driving 13,000 miles in three weeks.