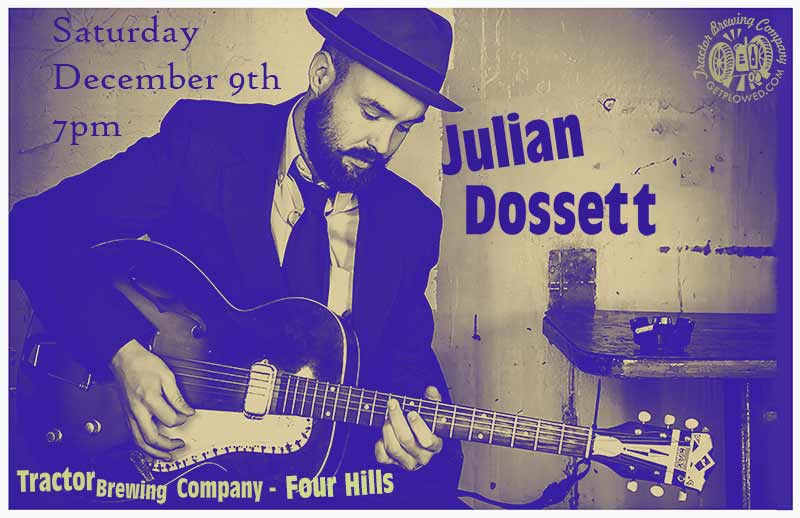 Julian Dossett grew up strong in the mean streets of Shreveport, Louisiana. Enamored with music at an early age, he found himself in Austin, Texas as an adult. This is where he found his calling in the Austin roots music scene. Over the years he has crosscut many musical genres including western, swing, blues, jazz, and rockabilly. Like a lightning rod, he has focused all of these influences into a down and dirty traditional delta sound that is all his own. Join us for an solo show from Mr. Dossett on December 9th at Four Hills!