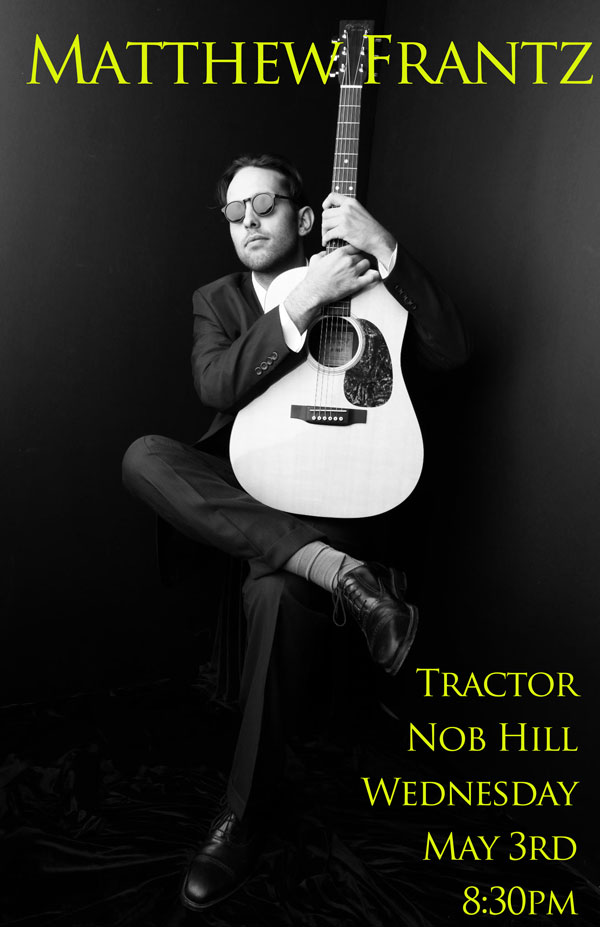 Matthew Frantz is a maverick in the music world. Not easily pigeonholed, his music is soulful, honest, gritty, and relevant to what’s going on in the world now. A few short years ago, Matthew released his album, “Odessa Days” on Ghost Note Records. The album features a broad spectrum of songs, from the melancholy “Silver Dollar Stream” and “Docks”, to the driving and dark “London Honey Bee”, and the emotive “Epic of Harvey Dylan”.