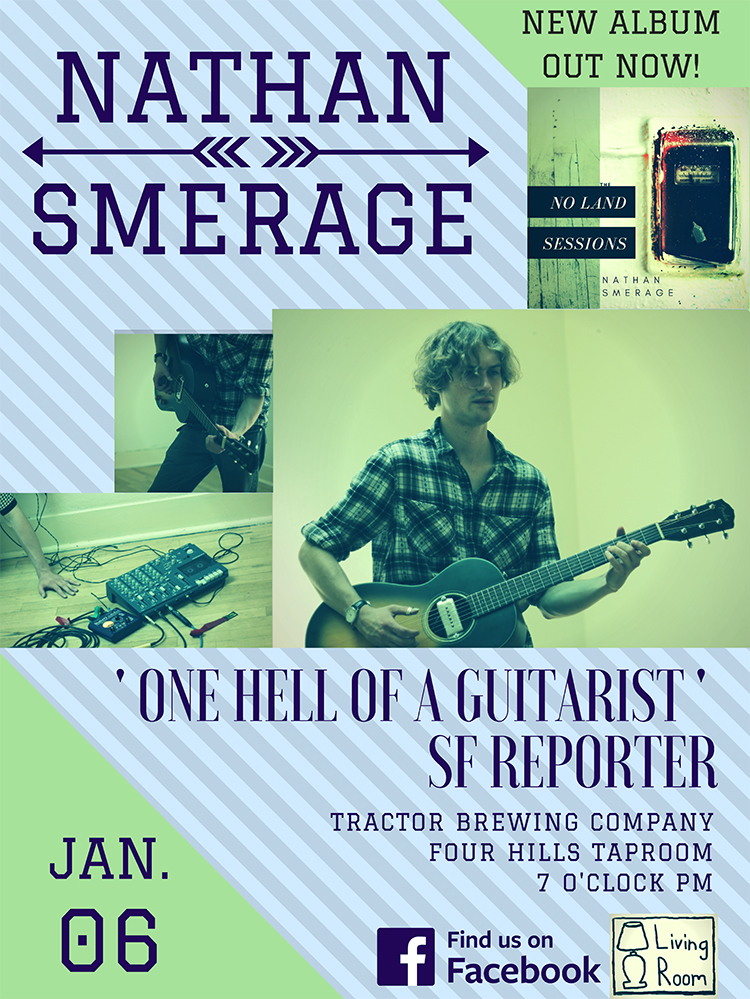 If the name Nathan Smerage is familiar, it could be because he spent the last few years riffing it up as the guitarist for classic rock throwback act Venus and the Lion. On his debut four-track EP, however, Smerage leaves bluesy guitar fuzz behind in favor of ethereal, acoustic (mostly) beauty with barely noticeable, minimal effects laced throughout his songs. Think the incidental music from a Zach Braff film or, appropriately, the soundtrack to a rainy day; this music is very cinematic in its movements and hits a certain European flair a la music one might imagine when thinking of Paris.
+ Google Calendar+ Add to iCalendar