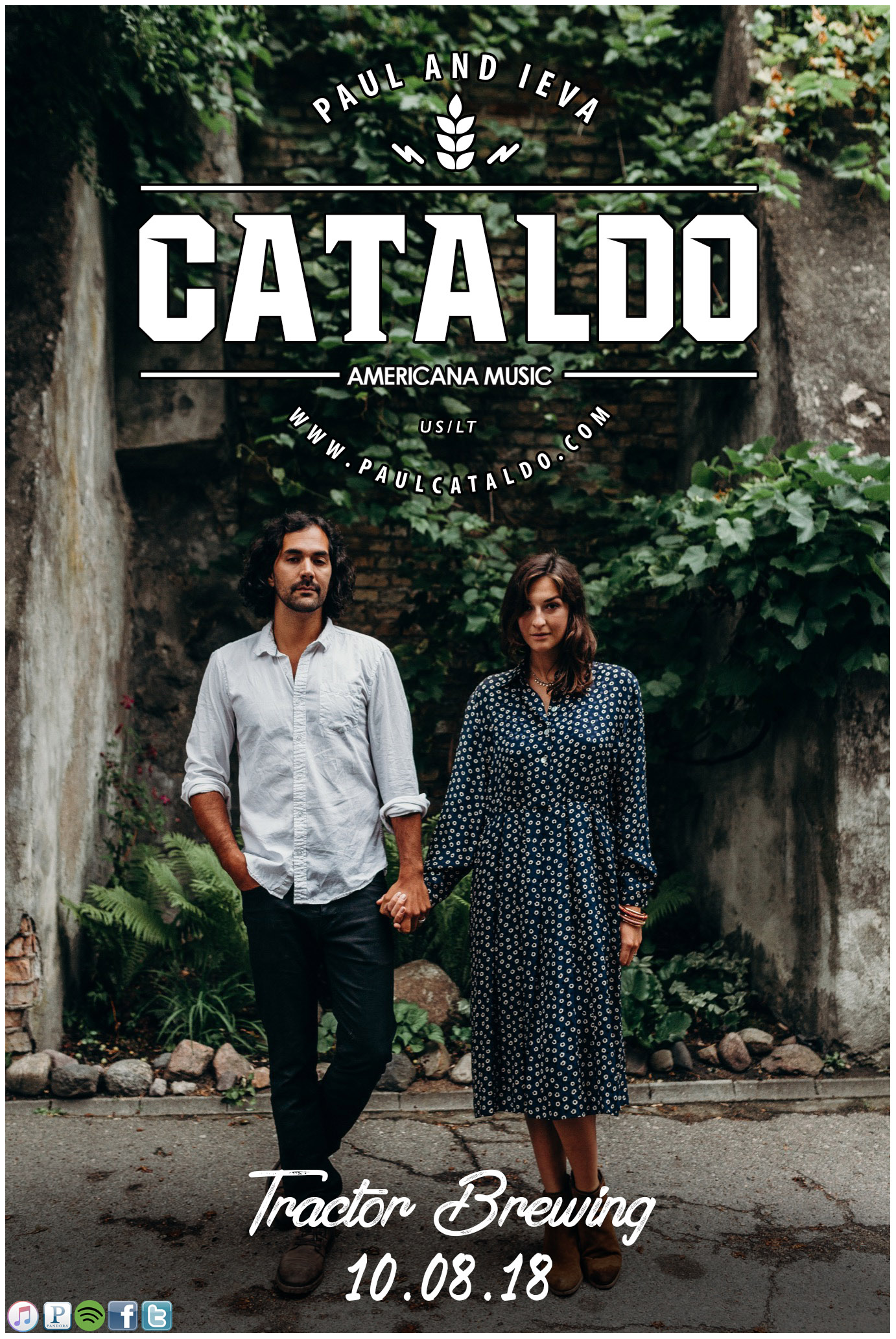 Paul Cataldo is an independent Americana singer/songwriter born and raised in South Eastern Massachusetts.  He developed his Appalachian mountain influenced brand of backwoods wilderness inspired Americana while living in Asheville, NC through his late 20’s and early 30’s.

Paul now records albums and tours for a living everywhere from Florida – Alaska and overseas from Lithuania to Portugal with his wife and bandmate Ieva Cataldo.   Paul and Ieva call their Ford Explorer and 2003 Scamp trailer home most of the year while they perform over 200 shows on average annually.