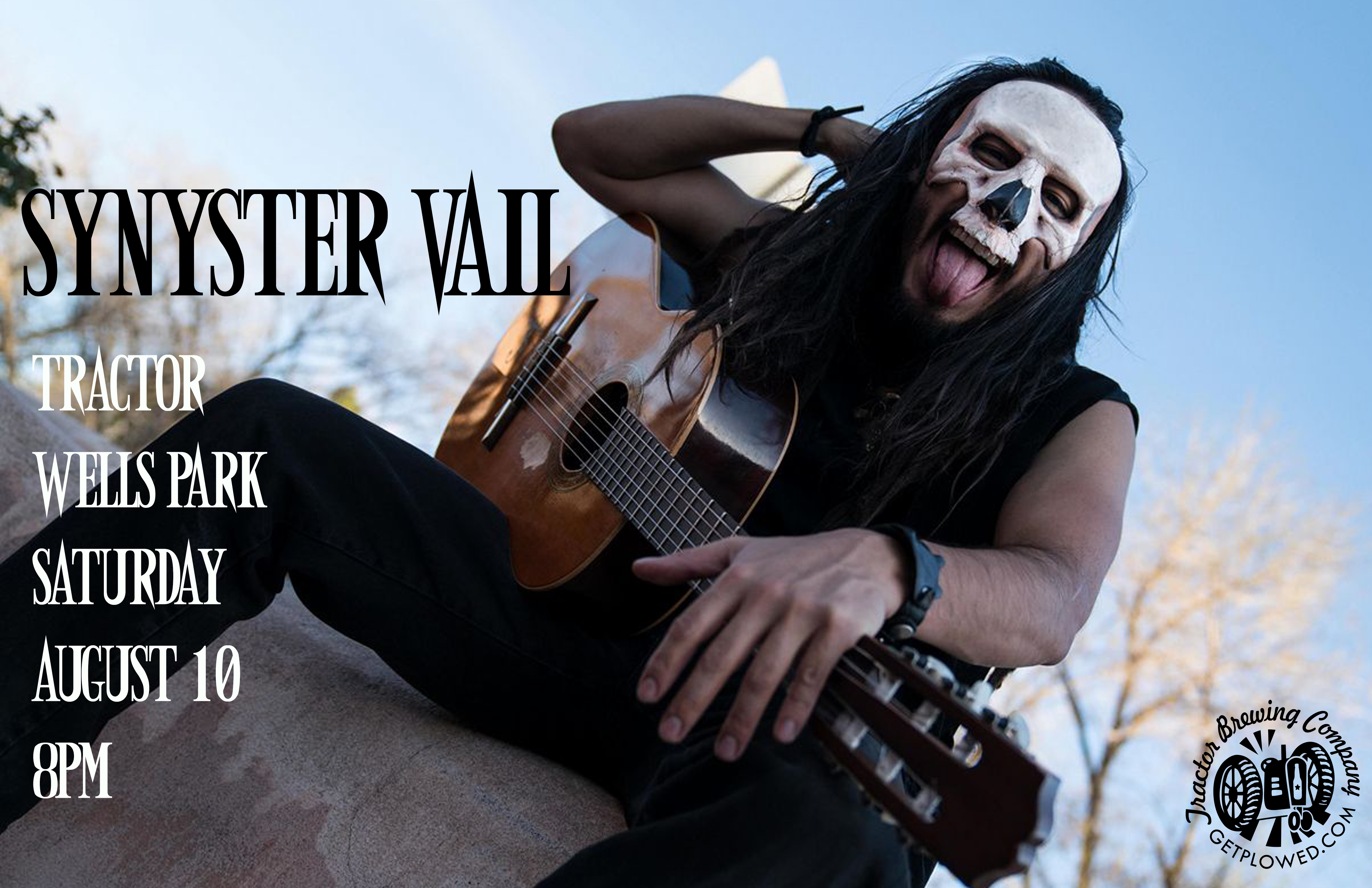 Upon first hearing Synyster Vail, you’ll be struck by the many hallmarks of the unusual employed in his music and the unforgettable delivery of it by this strange and intense theatrical character that people have begun to refer to simply as Syn. His music is different- not because it employs the latest technology, or reaches for the unclaimed bits that classic artists left untouched, but because it doesn’t bother with any such antics. Syn’s music draws from something much more primitive, yet familiar and its character is archetypal. With influences that represent the greatest depths of mystery in music- from the American Delta to Eastern Europe, from the Gypsy guitar sounds of Andalusia, to the rhythms of ancient Africa- together these sounds meld in a way that makes one feel that they were always one in the same. It sounds surprisingly natural and seems to suggest, unconsciously at first, a common point of origin. This Syn character is mocking notions of human superiority as he dawns his “Phantom” fashion, by wearing a skull for a face. He classes up a dark aesthetic in a way i’ve never seen: with beautiful classical guitar passages, and vocals that blend from dark and deep and animalistic to a weeping opera falsetto. When asked about genre, he self describes his music as “graveyard gypsy.” Syn says he loves the mystery in that, always using his imagination. For instance, he’s a “golem of caliche” as a way of saying he’s a New Mexico native, but he picked up much of his sound during his “wandering” particularly in New Orleans, carrying with him his passion for Spanish guitar. He said, “my style had its love affair with the blues” in the “frozen air” of the Mississippi Delta. On that note, his April release of the thirteen song full lenth “Still underground” guarantees to not be underground for long, as it’s already landed two motion picture soundtrack slots before its release. 2018 looks to be a big year for Syn with the release of three music videos, an album and a DVD. Syn says “pay attention. I want to tell a story, to make a picture, it’s already coming together, like a mosaic one piece at a time.”