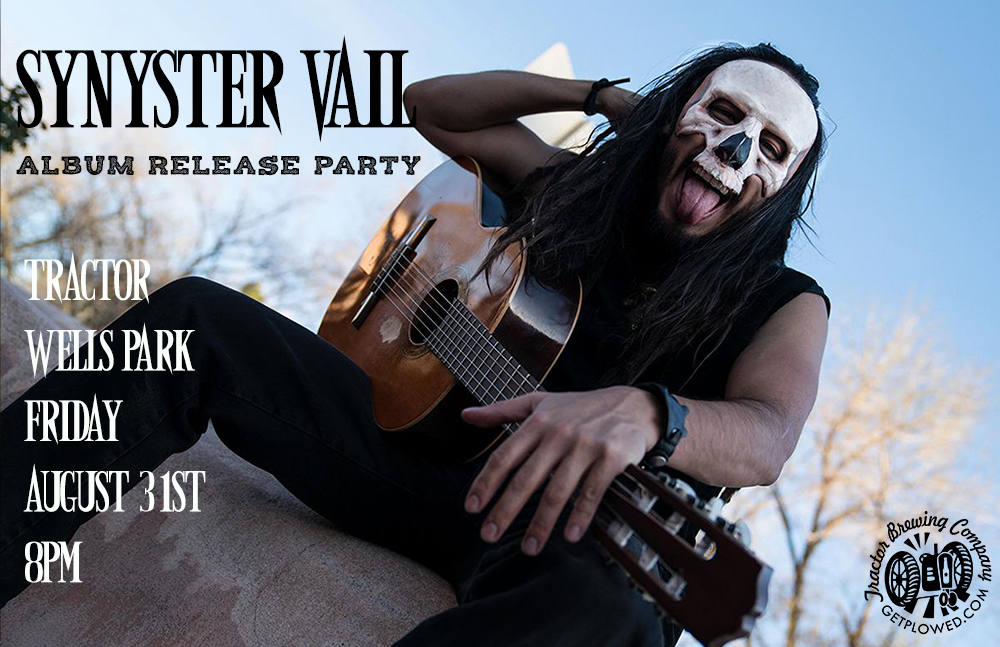 Join us for the release party for the new album by the wickedly talented Synyster Vail!

Upon first hearing Synyster Vail, you’ll be struck by the many hallmarks of the unusual employed in his music and the unforgettable delivery of it by this strange and intense theatrical character that people have begun to refer to simply as Syn. His music is different- not because it employs the latest technology, or reaches for the unclaimed bits that classic artists left untouched, but because it doesn’t bother with any such antics. Syn’s music draws from something much more primitive, yet familiar and its character is archetypal. With influences that represent the greatest depths of mystery in music- from the American Delta to Eastern Europe, from the Gypsy guitar sounds of Andalusia, to the rhythms of ancient Africa- together these sounds meld in a way that makes one feel that they were always one in the same.