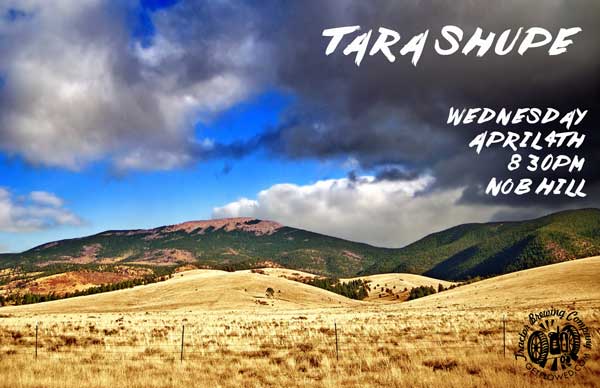 A lifetime immersed in bluegrass, old-time, and American roots music influences the multi-instrumental Tara Shupe in her thoughtful arrangements of old-standards and originals on mandolin, fiddle, electric and acoustic guitar, and banjo.  Her solo shows offer huge diversity in instrumentation, style, and sound, and any configuration she assembles brings tasteful, soul-filled music to lift a crowd.

Raised in a musical family, Tara took to the stage early, starting first on mandolin at age 4 then taking up fiddle, guitar, and recently banjo throughout her extensive career.  The formation of the youth bluegrass band String Fever when she was 13 had her touring the country for the next decade playing festivals including Telluride, Rockygrass, Grand Targhee Bluegrass Festival, Wintergrass, Greyfox, and IBMA Fanfest. The group put out three full-length albums.

She went on to form the Salt Lake based acoustic groups Urban Breakdown and PonyRide, played mandolin in local bluegrass favorite The Puddle Mountain Ramblers, and has shred electric guitar in numerous rock projects, including her current band Shupecabra.