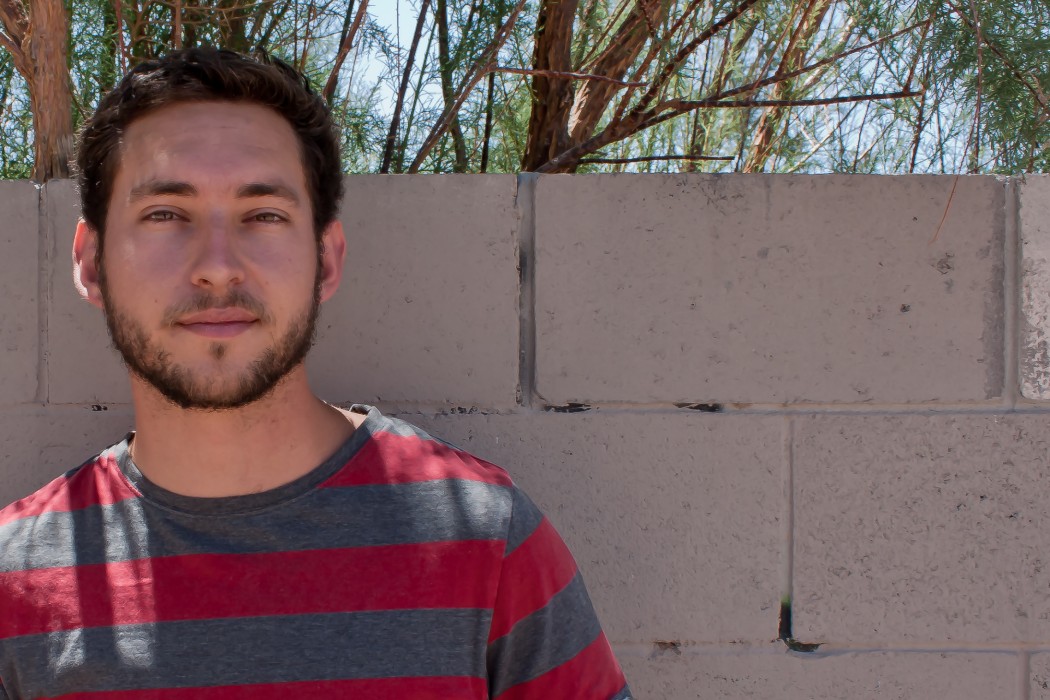 This is a re-post from HumbirdNM.com, written by Marketing and Events Director Jeremy Kinter.

During a white elephant Christmas exchange last year, in Albuquerque, Louis Wilcox showed up holding a beautifully rolled piece of paper with a bow on it. The previous year I was lucky enough to scam my way into a samurai sword, so of course I was looking to start small. As the third person to choose their gift, I greedily scanned the presents again and saw that taut rolled scroll. I untied the bow and unrolled the parchment to find a watercolor of a black vulture. I didn’t expect to find such a treasure; this was something I truly wanted. I was shocked at how talented my friend was, and appalled at how unaware I could be that he had evolved into such an artist. The oohs and ahs spouted forth from every guest and I saw their eyes widen with want. To my dismay, the piece was stolen from me, and instead I left the party with a bottle of William Lawson’s Scotch. 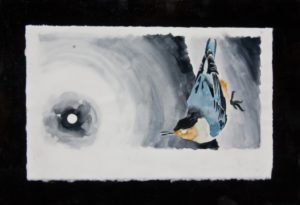 Louis’s father was, at one time, the President of the Grant County Audubon Society. That love for nature is evident in Louis, not from an observers standpoint, but from one that is immersed in it.  Nature and art seem to function as one entity for him. Whether it’s his cross- country bicycling or his basket weaving, Louis is always aware of our place in nature. Hell, I’ve even witnessed Louis build a to-scale velociraptor costume from cardboard and burlap sack. 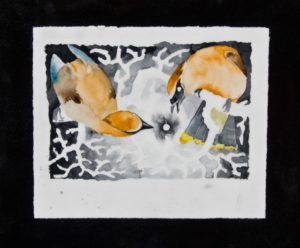 In his current collection of work Louis has taken a phantasmal approach to his watercolors.  Each bird stares back at the viewer, as if tempting a question, while the background is a spiraling black or white void.  This evokes a blank empathy for the destruction of nature itself.  His birds are ghosts, and, much like real ghosts, their company is best enjoyed with a bottle of William Lawson’s.

We’ll be celebrating the release of Louis’s Russian Imperial Stout Glass and the hanging of his new artwork at Tractor Wells Park Saturday, December 10th starting at 7pm.