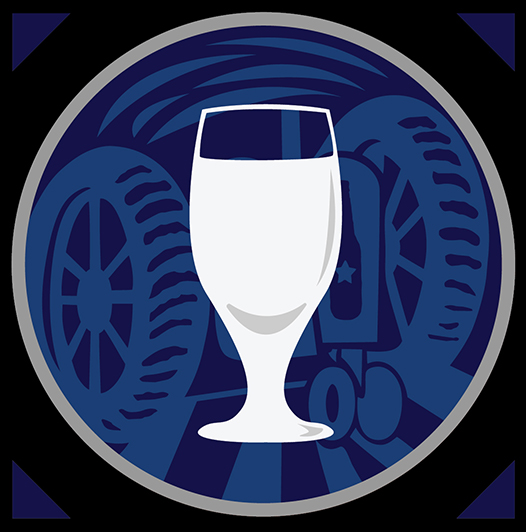 Originally brewed commercially in Philadelphia and endorsed by George Washington, Pre-Prohibition Porter is a lost American style of beer steeped in our rich history and adventurous spirit. Generally speaking, this style is lighter in body & has a less assertive malt and hop flavor than a modern American Porter, while the fermentation character is cleaner than an English porter. On top of using less assertive malts, traditional malt could be scarce in that era, so other ingredients (aka “adjuncts”) more reasonably available were added such as sugar, molasses, corn, or really anything fermentable that could be found. Our brewer Peter Moore decided to recreate this sacred porter in his own style using traditional adjuncts brown sugar and corn, while also using a more traditional German Lager yeast and fermenting temperature rather than a standard American or English yeast. With a subtle yet clean burnt backend and dry finish this beautiful dark amber beer will take you back to the pioneering days of the West or the great industrial revolution of the North. Subtle yet bold with its raw chocolate and biscuit notes, this beautifully crafted beer has the rare ability to be enjoyed during any season.