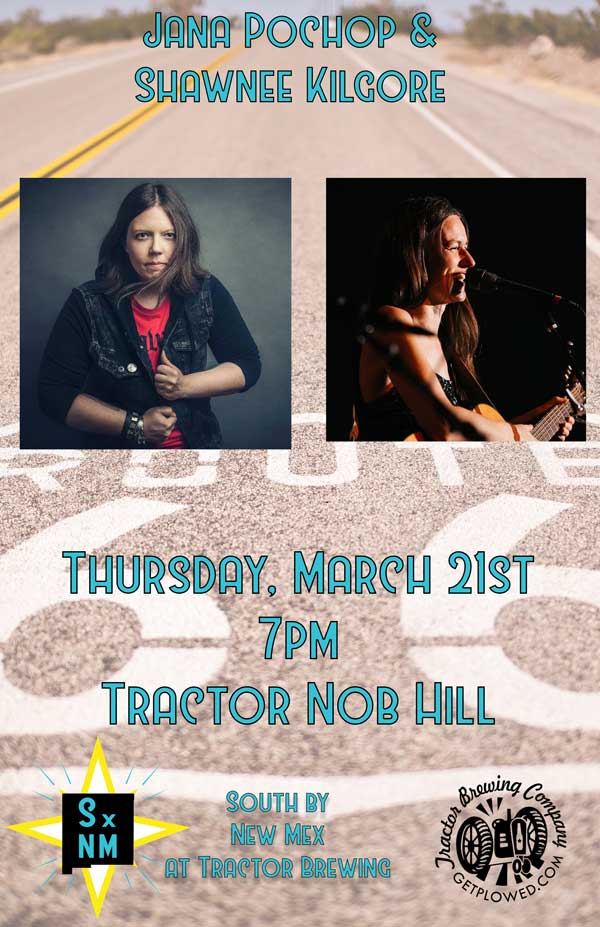 Jana Pochop (that “h” is still silent) is a singer-songwriter, blogger, traveler, and experiencer based in Austin, Texas. Jana grew up in New Mexico and sought out Austin after getting a history degree. Times were good then and she found a steady administrative job while cutting her teeth in the Austin scene, playing as much as she could all around Central Texas and opening for cool folks like Terri Hendrix and Susan Gibson. In 2009 she started working with Gibson as a hybrid booking agent/road manager/office assistant, and has traveled the country and learned nearly 50,000 useful things about the business of folk music from being in the van with a kick butt musician of Gibson’s stature.

There are two things Shawnee does best: finger pick and play your heart strings. In January, Texas Music Magazine named Shawnee the #1 pick of “Singer-Songwriters of Distinction,” and also named her latest solo release “A Long and Precious Road” in their top albums of the year. Tom Buckley, editor of the magazine, wrote “With a compelling voice at once uplifting and heartbreaking, delicate and wounded, and with melodies dexterous and irresistible, Kilgore has, in one bold move, established herself as an important presence in folk music.” Shawnee sings to you about all the things you know—love, life, laughter and loss—but does so with such fiercely personal and poetic truth that you can’t help finding, and understanding, your own world through hers.