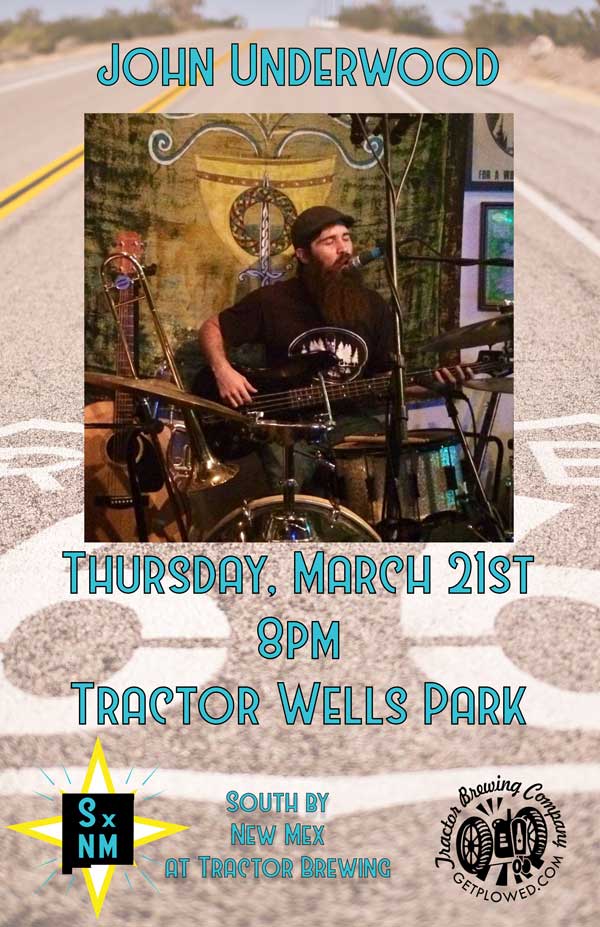 John Underwood is a multi-instrumentalist solo artist from Reno, NV with an unusual setup. He’s placed nine instruments around himself that are all running into a loop pedal, so he can create a full folk band sound live in front of the audience with banjo, acoustic guitar, accordion, trumpet, trombone, glockenspiel, electric bass, violin and an acoustic style drum setup with cajon, washboard and some cymbals. His music has spawned out of the ashes of his folk-pirate band The Deadly Gallows, and the influences of his current punk/folk projects TRASHDAWG, Boss’ Daughter and Six Mile Station. A lot of people claim to be a one man band, but John will show you in one set how to put together all the pieces for such a thing, and what that full band would sound like.