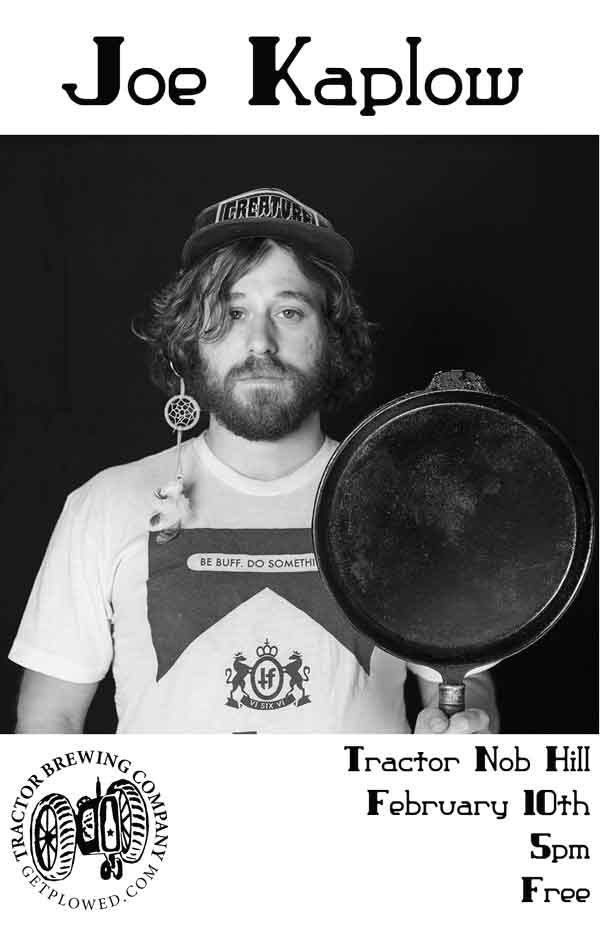 Joe Kaplow was born in NJ and raised on a thoroughbred horse farm.  With a musical family on both sides, he quickly took to the guitar and began writing his own music.  Kaplow attended Berklee College of Music and graduated in 2011.  He then took to the road, embarking on an epic nine month “Farm to Table” tour.  After visiting nearly every region in the US, Kaplow decided to relocate from NJ to the Bay Area.  In California, he decided to do music full time, cut his first record, and became the Joe Kaplow that brought you to his site.

He currently resides in Santa Cruz, and is on tour half the year.