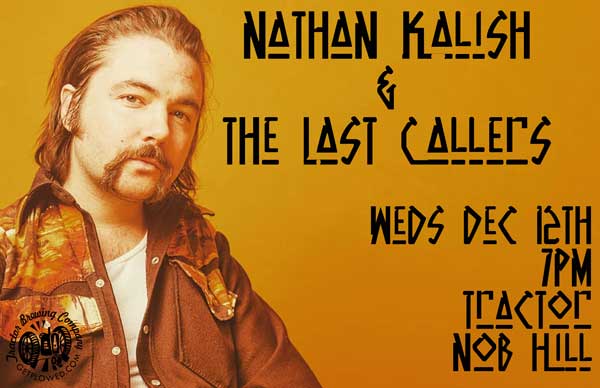 Nathan Kalish is a touring singer-songwriter and band leader from the American Midwest, currently calling Nashville home after having spent most of the last decade on the road. His latest album ‘I Want to Believe’ was produced by David Beeman (notably of Pokey LaFarge’s most recent) and is an independently released country-Americana record with a tip of the hat to psychedelic, folk and rock ‘n roll. The songs vary from wistful introspect to knee-slapping social commentary while managing to keep a cohesive familiarity. You can catch NK+the Lastcallers playing songs from his past 4 studio albums coast to coast while he is also promoting his latest album.