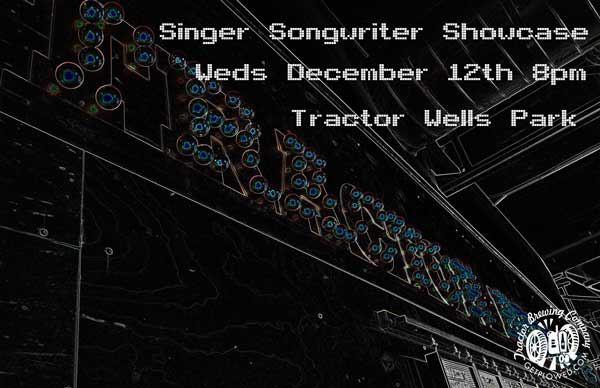 Paul Hunton writes love songs about acid rain. He also writes about bags stuck in trees and about masculine men being attracted to masculine men. He loves Tom Waits, The Felice Brothers, and The Handsome Family, and is a member of Silver String Band and Dust City Opera. Hear one of his songs here:
https://www.youtube.com/watch?v=6zro5xteAyc
JJ Raschel was handed a guitar by his Dad at age 5 and hasn’t put it down since. He infuses his influences in rock, hip hop, reggae, country, and blues into his original songs. Here’s a sample of him with the Mystic Roots: https://www.youtube.com/watch?v=p5OkGtu8uQA
Abigayle Dawn writes songs about people close to her who have died and those still alive who she loves. She is a visual artist as well as a musician and she likes to write songs like stories, painting an image in the head of the listener. She’s influenced by Fleetwood Mac, Conor Oberst, Queen, and The National.
David Bridwell writes about bad drivers, bad break ups, and spiders. Listen to his latest song here: https://www.youtube.com/watch?v=OF1Z_zG8ycw